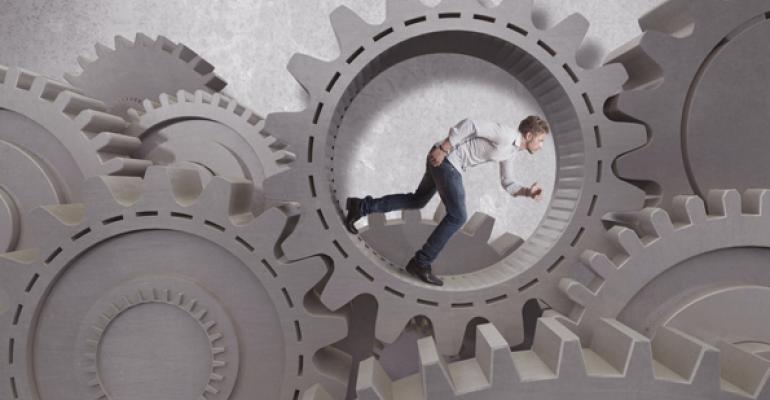 A look at REIT share prices reveals a recovery—or at least the perception of recovery—spreading beyond apartments to other property types.

The multifamily sector has long been the brightest spot in the commercial real estate sector. And that’s held true for REITs as well. But because apartments have performed so well and been such a popular investment, yields have dropped. Investments in apartment REIT shares yielded just 6.9 percent in 2012, including a 3.7 percent dividend, according to numbers from NAREIT.

That’s not terrible—at least multifamily stock prices didn’t decline in 2012. But it’s less than half the 19.7 percent total return earned by all equity REIT stocks on average in 2012. It’s also a letdown from 2011, when apartment REIT stocks yielded 15.1 percent.

So why is the bloom off the rose? Multifamily properties have some of the strongest fundamentals in commercial real estate. Apartment managers report strong demand; average vacancy rates for investment-quality apartments fell to 4.6 percent in the third quarter of 2012, according to MPF Research, down from an already low 4.8 percent the quarter before. Vacancy rates are falling close to the lows set during the boom years.

The outlook for the future is strong. Sure, developers pulled permits to build at a seasonally adjusted annual rate of 285,700 units in the third quarter, but that’s far below the peak of over 400,000 units a year during the boom years. Apartment REITs are now solid, consistent performers.

All that means there is less room for appreciation. That means that for investors in search of greater yields are betting on other property types, such as industrial REITs.

Industrial REIT stocks yielded a 31.3 percent return in 2012, including a below-average dividend of 3.2 percent. Industrial REITs are benefiting from the expanding manufacturing sector in the U.S. and a boom an energy production. “We have seen persistent recovery for the last couple of years,” said Ben Butcher, chairman, president and CEO of STAG Industrial Inc. in an interview with NAREIT at the trade group’s annual REITWorld 2012 convention.

“We’ve seen on a same-store portfolio very good leasing activity and just good economic activity,” he said. “If it’s not a perfect storm, the wind is at our back.”

Retail REITs focused on regional malls also had sky-high returns in 2012, yielding an average total return of 28.2 percent, with an average dividend of 2.9 percent. Retail REITs also performed well overall, with average returns of 26.7 percent and an average dividend of 3.3 percent. Retailers are under relentless competition from Internet sellers and mobile phone commerce. Experts predict a “year of competition,” in 2013 with “clear winners and losers,” according to Keisha McDonnough, retail researcher for Jones Lang LaSalle. “Marginalized and out-moded retail will falter,” she says. But she worries about decreasing same-store sales as malls turn to restaurants and other experiential retail tenants to fill space.

So why are retail REIT stocks performing so well in a competitive climate for retail stores? And why are regional malls, of all things, at the top of the heap?

The returns from a few odd property types provide more clues to answer this question. Infrastructure REITs stocks yielded 29.9 percent in 2012, including a very low average dividend of just 1.2 percent. Timber REITs yielded 37.1 percent with a below-average dividend of 3.0 percent.

But for the most part the property types where REITs gave out low dividends also had the strongest yields in 2012 as stock market investors bet on widening recovery in 2013.

“The stock market is forward looking,” says Ron Kuykendall, spokesperson for NAREIT. “And the prospect for recovery is continuing for real estate.”