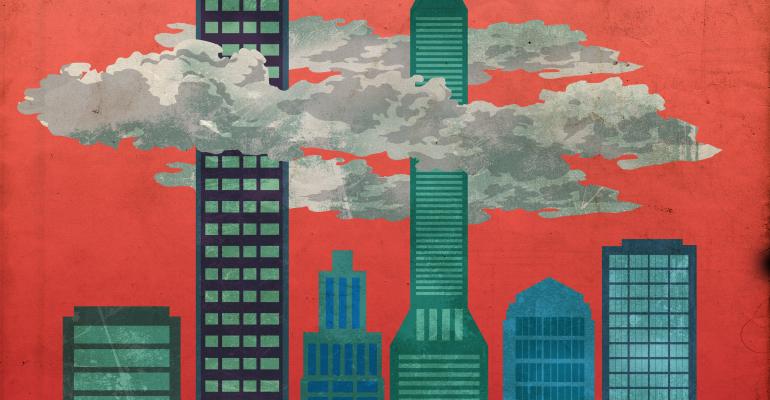 New rules are creating some added headwinds for the non-traded REIT industry. Most experts agree that the regulatory changes will be beneficial to the sector in the long-run by driving some much-needed structural change, yet it is creating some short-term “pain” by contributing to a big drop in fundraising.

The new REIT regulations are piling on top of other challenges facing non-traded REITs, including the exit of one of the sector’s biggest fundraisers following charges of wrongdoing. During the first quarter, sales from public program sponsors fell to $2.0 billion, which is a 55 percent drop compared to the $4.4 billion in sales in the first quarter of 2015, according to Robert A. Stanger & Co. The investment banking firm tracks data from publicly-registered non-listed limited partnerships, limited liability companies, non-traded REITs and non-traded business development companies.

Although the new rules pull back the curtain on a sector known for its very high fee load, the transparency may be just the tool the industry needs to drive structural change. “Even though it is causing capital flows to slow down, I think most in the industry think[s] it’s a movement in the right direction,” says Allan Swaringen, CEO and president of JLL Income Property Trust. As one of four non-traded REITs to offer daily net asset value (NAV), JLLIPT has not been directly affected by the rule changes.

New Financial Industry Regulatory rules (FINRA 15-02) officially went into effect on April 11. Specifically, FINRA 15-02 changes the way that value is reported on customer account statements. Statements can either a) list the purchase price less any fees or commissions or b) sponsors can list a value of the security.

Previously, it was common for statements to show a gross purchase price, such as $10.00 per share, even though front-end commissions and fees may have reduced that price to $8.50 or $9.00. Likewise, that purchase price could sit on a statement unchanged for up to seven years. Sponsors can no longer do that. They have to show the net price immediately, and sponsors can only show that price for a max of about 2.5 years before switching to value. Specific to statements that show the value, that number also needs to be updated at least once a year. In addition, that value has to be based on third party valuation of the underlying assets.

In addition, for broker-dealers or sponsors who are not showing the account at value, marking to market, they also have to put a footnote on the statement that some of the dividends getting paid may not be paid from operating income. In the past, some non-listed REITs would pay out dividends in excess of what the company was generating, such as from money that was raised or borrowed. Given the fact that that practice sounds a lot like a Ponzi scheme, that footnote could give investors pause if they read the fine print.

Overall, the new rules aim to bring greater transparency to the non-traded REIT sector. FINRA 15-02 is also driving bigger changes within the industry, such as creating pressure for reducing fees and changing fee structures. The industry has responded by adding new share classes, reducing fee structures and looking for ways to work with broker-dealers on how to continue to evolve its products.

“I think you will see evolution and future product design that has been afforded to us, because of this FINRA regulation change,” says William C. Miller, president and CEO of non-listed REIT Cole Capital. For example, many sponsors in the industry, including Cole Capital, have filed for or already added a new T share that offers a lower upfront commission with a trail or back-end commission.

Non-traded REITs can take note from the evolution that has occurred within the mutual fund sector, adds Miller. Financial advisors and brokers were selling their own company’s funds and getting 8, 9 and 10 percent commissions. Over time that has shifted to multiple share classes and a shifting of the fee base, lower commissions and different product structures, along with the launching of different managed accounts. “The evolution of the mutual funds business is a nice track record for us to try to follow,” Miller says.