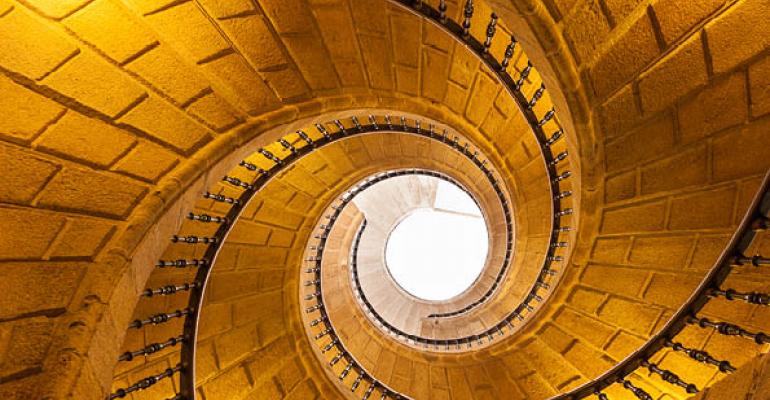 The REIT market saw few new players added to the roster in 2016. The sedate pace of IPO activity is testament to the challenging pricing market that still exists, and 2017 is shaping up to be another slow year.

The four IPOs that were completed in 2016 are following a downward trend for the industry when compared to five REIT IPOs that came to the market in 2015, seven in 2014 and nine in 2013, according to research firm Green Street Advisors. The 2016 IPOs included:

MGM Growth Properties, a spin-off from MGM Resorts, which went public in April with a deal that reportedly raised $1.05 billion.

Global Medical REIT, which completed its $150 million IPO in June.

Healthcare REIT MedEquities Realty Trust, which came out with its offering in October and raised roughly $228 million.

“The REIT IPO market has been subdued this year, due primarily to the REIT stock indices underperforming the broader sector averages,” says Steven Marks, managing director with Fitch Ratings. In addition, most of the IPOs that have occurred have either been spin-offs from existing REITs or operating companies creating new structures as seen with MGM Growth Properties’ spin-off from MGM Resorts, he adds.

The expectation of rising interest rates is partly to blame for putting a damper on REIT IPO activity. “Frankly, every time there is this fear of interest rates going up, the REIT market takes a beating,” says Byron Carlock, national partner and real estate practice leader at consulting firm PwC. Sometimes the fear is founded and sometimes it is unfounded. In this case, it is generally unfounded, because the balance sheets of the REIT industry are in good shape without a lot of exposure to floating rate debt, says Carlock.

In addition, 2016 was a wild ride as it relates to REIT share prices, and that volatility has made it a more challenging environment for IPOs. It is more beneficial for companies to come out with an IPO when REIT share prices are trading above net asset value (NAV) as pricing is in their favor. REIT share prices fell early in the year, bounced back and slid again to where many REIT share prices are once again trading at discounts to their underlying NAV, says Dirk Aulabaugh, managing director of Green Street’s advisory group.

“There are very few traditional sectors in the REIT space that are trading at real premiums to their NAV, but the sectors that are include healthcare, industrial, net lease and manufactured homes,” says Aulabaugh. That being said, healthcare REITs is one sector that has seen their NAV premiums erode dramatically in 2016. One of the reasons that Global Medical REIT was able to get out with its IPO in June is that healthcare REITs were still trading at nice premiums compared to NAV, he says. That same deal might be more challenging today.

The current marketplace does create some buying opportunities for investors. Green Street tracks more than 80 companies domestically. A number of those are extremely high quality REITs with solid balance sheets and good management teams that are trading at double-digit discounts to NAV, notes Aulabaugh.

Pricing on those REITs that did go public has remained fairly flat to slightly negative as compared to the IPO price. “That is a little disappointing, but I think it is because of the fear of interest rate increases,” says Carlock. The good news for the real estate industry at large is that it is in very good shape financially with rental growth continuing in almost every category, vacancies that are stable or improving and property values that are strong—although transaction activity is down, he adds.

IPO activity in 2017 could vary widely depending on the individual sector or property type and what happens with the share prices of that sector relative to its NAV. Today, for example, an apartment company would have a hard time doing an IPO based on where its peers are trading, whereas net lease companies’ share prices are still trading above their underlying NAV, says Aulabaugh.

One deal that is teed up to take place in the first half of 2017 is Blackstone’s IPO for Invitation Homes, a single-family rental property REIT. The portfolio contains approximately 50,000 homes in 14 markets across the country and is expected to be valued at about $7.5 billion.

Single-family rental homes are typically viewed as outside of the core commercial and multifamily investment property types. Nevertheless, the broader real estate industry will be watching this deal to see how it is received by the investment marketplace as a sign of what the climate for IPOs might be like in the coming year.

“Invitation Homes will be the first single-family for rent REIT IPO since 2013, and Blackstone likely believes that these elements are in place,” he adds.