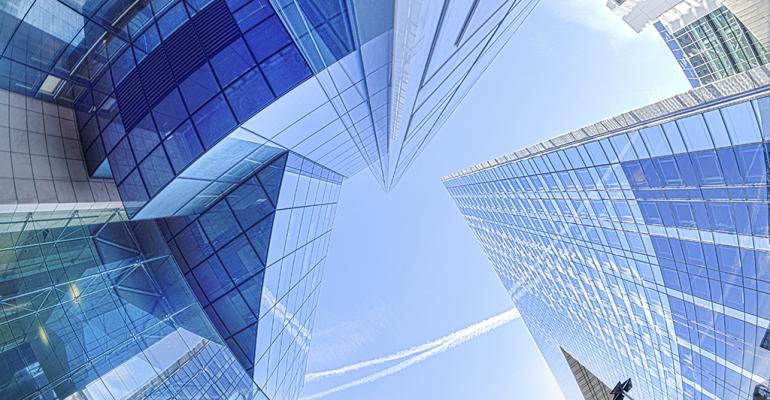 REITs seems to be back in favor on Wall Street, and that rebound in stock prices is providing an added boost to REIT liquidity.

Last year, REITs struggled with prices that came off near cyclical highs to dip into the red with a decline for all equity REITs of 1.95 percent. The sector has improved notably this year, with year-to-date prices that are up 11.62 percent and an average total return for the sector of 14.0 percent through August. That implies better access to capital and a more favorable reception when it comes to REITs’ ability to access both equity and debt markets.

At the start of the year, volatility in the global economy and anticipation that the Fed would start raising rates weighed down the stock market as a whole and REITs in particular due to perceived interest rate risk. Yet a further drop in the 10-year Treasury yield and flat and even negative bank rates in some countries have stoked global demand for U.S. real estate.

“That has really brought REITs back into the spotlight, largely because of their strong underlying performance and operating fundamentals providing the type of yield that a lot of investors are looking for right now,” says Edward Mui, a REIT equity analyst at research firm Morningstar.

The increase in stock prices and improvement in net asset values (NAVs) have made tapping equity markets a more viable option for many REITs. Over the past cycle, REITs have also taken advantage of the more favorable financing climate to deleverage, refinance higher interest loans, improve balance sheets and expand their bank credit facilities, says Mui.

That work has paid off with stronger liquidity. According to a recent Fitch REIT report, the REIT sector’s median liquidity coverage ratio was 2.1x as of March 31, 2016, which is up from 1.7x during the same time last year. The coverage ratio has been hovering at about 1.5x since 2008. So hitting levels of upwards of 2x is a clear indicator of much greater liquidity strength, says Steven Marks, managing director and head of Fitch’s U.S. REITs group.

However, there are a couple of potential trouble spots that could deflate some of that liquidity. One is the increasing reliance on bank debt in the form of unsecured term loan issuances and higher percentages drawn on revolving credit facilities. Two is the narrowing breadth of capital issuance that suggests a more bifurcated market among individual REITs.

The sum of draws on revolvers and term loans compared to total debt outstanding for REITs is now at about 25 percent, which is slightly higher than the historical average of 20 percent, according to Fitch. The preference for bank financing is not a big surprise given the fact that REITs, like most businesses, tend to seek out the lowest cost of capital to fund expansion. In terms of pricing, bank debt over the past few years has been very attractive compared to the bond market.

Yet access to bank capital, especially as the commercial real estate market moves into a later stage of the cycle, is an issue that the ratings agencies are keeping a close eye on.

“It is always good to have dry powder available with your banks,” says Marks. And to the extent that REITs are using up that capacity now, in a fairly benign capital markets environment, could be problematic should there be any market volatility ahead, he says. “We view that excess capacity with the banks to be a good backstop to have, and right now they are eating a little bit more into that backstop.”

As it relates to public bond issuance, volume is above last year’s pace, but the breadth of issuance is not very broad. “Issuance has been concentrated among higher rated companies and much larger deal sizes than we have seen in the past,” says Marks. Previously, the $250 million index-eligible minimum bond issuance size was generally adequate for best execution pricing. In today's market, issuance sizes of roughly $350 million or more are generally needed to attract public bond investors. REIT bond investors also stress the importance of regular issuance expectations to justify the coverage time and effort.

That data suggests that there is a bigger gap emerging in the REIT sector between REITs that will have easy access to capital and those that may have to work harder or tap alternative financing sources. For example, companies that might have done smaller size issuance in the past may instead go to the private placement market, which is much more flexible in terms of transaction size, says Marks.

Although that dynamic may be worrisome to some of the smaller or less established REITs, it is important to note that liquidity for the sector as a whole is the best that it has been in years. That robust liquidity is a culmination of factors, including a concentrated focus on cleaning up balance sheets, not only as a strategic step to be ready for any acquisition opportunities that arise for purchases, but also to be able to ride out any potential weakness or volatility in the market, says Mui.

“I think that is a lesson learned for a lot of these companies from the last downturn,” he says.