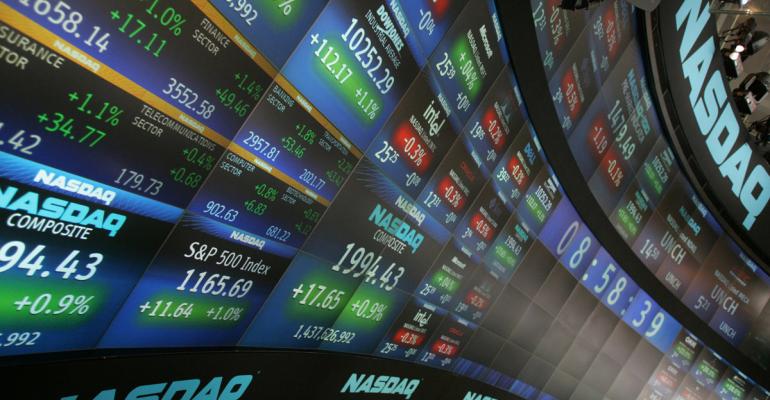 Year-to-date returns dropped to negative 9.5 percent as of Feb. 22nd in what has been a turbulent start to the year for the stock market.

Recent volatility in the stock market is adding insult to injury where REITs are concerned. REITs that generally lagged the broader market in 2017 have been pummeled in 2018.

Year-to-date returns dropped to negative 9.5 percent as of Feb. 22nd in what has been a turbulent start to the year for the stock market. Yet many REITs have been posting lackluster returns for the past three years, with the composite total returns for the one-year and three-year periods at 5.3 percent and 3.5 percent respectively, according to Nareit.

REIT stocks have taken a hit due in large part to expectations for rising interest rates. The 10-year Treasury has moved about 50 basis points higher over the past year to its current position of about 2.9 percent, with many investors believing rates will move higher this year.

“It seems that REITs have been hypersensitive to the 10-year interest rate, and if we continue to see a rise in the 10-year from 2.9 percent to the mid-3s, I think REITs will underperform,” says Matt Kopsky, REITs analyst at Edward Jones. However, if interest rates remain stable or move only moderately higher, REITs could also regain some momentum as higher interest rates have already been priced in by the market.

The decline in stock prices, along with higher property values, is prompting some REITs to tap the brakes on acquisitions and adopt more defensive strategies. “With REIT stocks not having performed as well over the last year or two, the cost of capital is up. So acquisitions are tougher to justify,” says Mizuho REITs analyst Haendel St. Juste. REIT acquisition volumes have been slowing across sectors, with the exception of triple net, which is a slightly different game, he adds.

During periods of volatility, REITs do tend to ease back on accessing the capital markets for external growth as they wait for the market to settle down. “I don’t expect they will hang back from acquisitions for too long, but in the near term they are probably going to wait until the volatility is digested so they can understand how their cost of capital might be changing,” says Joel Beam, a managing director and senior portfolio manager at Salient, a diversified asset management firm and provider of real asset and alternative investment strategies.

In some cases, REITs could become net sellers this year as they take advantage of near peak prices to sell non-core assets. Some are culling assets from the bottom of their portfolios, while others are selling even solid assets in order to redeploy capital to improve balance sheets. “There are always non-core dispositions, but I think they have picked up recently,” says Kopsky.

For example, Kimco Realty sold 38 shopping centers and three land parcels last year for $565.7 million. According to its year-end financials, which were released in mid-February, the firm has about $300 million in properties under contract and over $475 million in properties being marketed for sale. Brixmor Property Group also disclosed in its year-end financial results that it had sold 32 properties last year for a total of $407.5 million.

Both REITs are disposing of assets to raise capital to fund stock buyback programs. “That makes sense given where stock prices are in comparison to where asset values are or the yield,” says St. Juste. “It is just a much better risk-adjusted yield to buy back stock than in buying assets or development.”

REITs are looking to be more conservative at this stage of the cycle and, also, to build a bit of a “war chest” for when property prices do come down, adds Kopsky.

REITs could pose a buying opportunity for some investors, with many that are trading at a discount to NAV in the mid-single digits—5 to 6 percent. Some individual REIT sectors also are continuing to post very favorable returns. For example, industrial along with alternatives such as timber, data centers and manufactured homes, are outperforming their equity REIT peers.

“REITs are still a good investment opportunity, but you have to be more selective,” says St. Juste. Growth is slowing in sectors that are in a more mature stage of the cycle, such as office, retail and multifamily, while there is more upside in non-core assets such as single-family rentals (SFRs) and data centers. In addition, sectors that tend to perform better in a rising interest rate environment are those with shorter term leases, such as apartments, hotels and SFRs, he adds.

REITs are certainly way off in their performance this year, notes Beam. “But when you look at longer periods, I think you will always be impressed at how REITs do,” he adds. For example, REITs have generated average annual returns of close to 9 percent over the past 20 years. “I think there is going to be quite a lot of volatility this year,” says Beam. “When you are an active manager, as we are, that will present a lot of opportunities.”