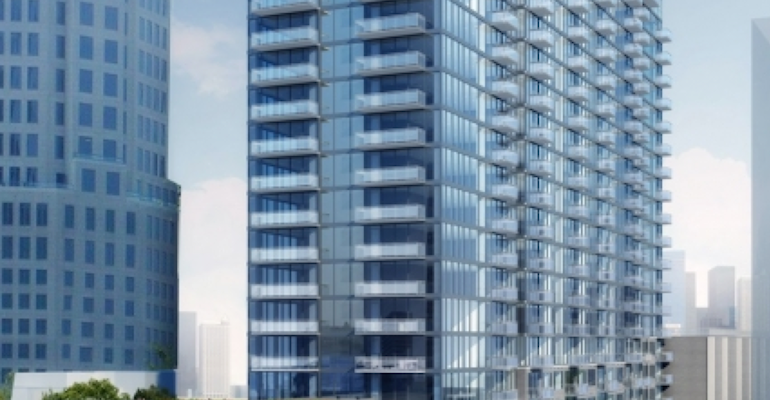 Multifamily REITs have lots of money from eager Wall Street investors, but it’s hard to find good opportunities to buy properties in core markets. Apartment REITs have been net sellers overall in 2014, though by a very small margin.

“They are looking to optimize their portfolios,” says Ben Thypin, director of market analysis for Real Capital Analytics (RCA), based in New York City. “A common strategy has been to shed non-core and build their assets in core markets.”

Very strong market demand for apartments is a double-edged sword for REITs. Because the apartment business is doing well, investors are now eager to put their money into apartment REITs, giving REITs easy access to capital. But strong fundamentals are also attracting many other investors to bid for apartment properties themselves, making it very difficult to find good opportunities to buy.

REITs are still buying apartment properties, but not nearly as many as last year. The list of top buyers of multifamily properties is crowded with REITs. Equity Residential, AvalonBay and Essex Property Trust top the list for the last 24 months, according to RCA. All three REITs also appear on the list of the 20 top sellers. Large REITs earned their place at the top of the list largely by buying expensive properties and portfolios of expensive properties, like Essex Property Trust’s purchase of BRE Properties.

REITs are also selling properties as quickly as they are buying them. Publicly-traded REITs have sold $8.2 billion in apartment properties so far in 2014. Most of these properties were in non-core markets that have become less and less favored as the recovery progresses.

REITs usually have a powerful advantage in the bidding wars to buy properties. They can raise money relatively easily, both by issuing stock and by issuing bonds.

Wall Street has certainly been eager to invest in REITs stocks, driving up stock prices for apartment REITs. The 13 publicly-traded apartment REITs tracked by the FTSE National Association of Real Estate Investment Trusts (NAREIT) Index delivered total returns of 37.44 percent so far in 2014 as of November 28, the last trading day of the month.

Apartment REITs performance in 2014 is also infinitely better than in 2013, when apartment REITs had a negative return of 6.20 percent. Back then, the apartment market had very low vacancy rates—just like today. But developers were just beginning to test the markets with new construction, and many worried that market may become overbuilt.

Worries about overbuilding seems to have been resolved—at least for the Wall Street investors buying stock in apartment REITs. “It’s not a surprise to see apartment REITs doing so well,” says Calvin Schnure, NAREIT’s vice president of research and industry information. “The pent-up demand for apartments is far in excess of any of the projections for new construction.”

Historically, as Schnure points out that, normal household formation would imply that 7.5 million new households should have formed since 2007. Instead, just 3.5 million households formed, as the Great Recession kept many potential renters from moving into their own apartments. That’s a gap of 4 million households. As job growth accelerates, these households are finally starting to form.