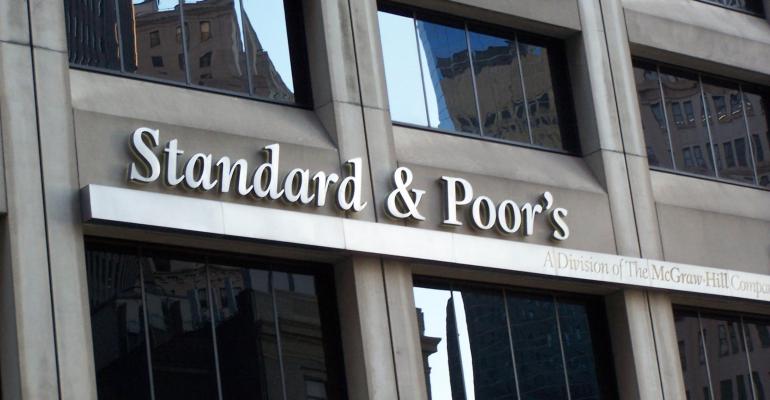 REITs landed in a spotlight of their own last fall when they officially stepped out of the shadow of financials to headline their own real estate sector on the S&P 500. It was—and is—a big, long-awaited move. Industry observers anticipate that this could be a “major step” in attracting billions of dollars in new capital to REITs and other publicly-traded real estate companies.

Yet a less than stellar performance for the S&P 500 Real Estate sector during its first few months has taken some of the wind out of the sails. Real estate has been underperforming on the S&P 500 since it was added as a separate category, effective after market close on Aug. 31. During the fourth quarter, the S&P 500 Real Estate sector reported total returns of -4.41 percent compared to 3.25 percent on the overall S&P 500 Index.

Industry experts have varying opinions on the cause for that underperformance in a market where real estate fundamentals across most property types have continued to improve. One likely culprit is hyper-sensitivity to rising interest rates. The 10-year Treasury increased almost 100 basis points in the fourth quarter, from roughly 1.55 to 2.45 percent.

“You don’t really see the impact of higher interest rates necessarily in the (broader) S&P 500, because people expect the top line numbers to do better. But for REITs the top line will do better, but not that much better to offset the higher discount rates,” says Peter Rothemund, a senior analyst at Newport Beach, Calif.-based research firm Green Street Advisors.

Although it is always difficult to forecast changes in the 10-year Treasury yield, rising long-term interest rates could continue to be a big headwind for REITs in 2017. That being said, REITs do look cheaper now and are generally fairly valued relative to stocks in general. So they do have that in their favor, adds Rothemund.

It is not great timing that REIT performance is slumping just as it assumes a more visible seat at the investment table. Specifically, stock exchange-listed equity REITs and other listed real estate companies were reclassified from the financials sector and elevated to an 11th headline real estate sector of the Global Industry Classification Standard (GICS), the leading global listed equity classification system maintained by the S&P Dow Jones and MSCI Inc. indices.

Yet the REIT industry remains firmly focused on the long-term benefits. “The importance of the GICS change is going to be felt over the next several years, not over the first few months following the change,” says Brad Case, senior vice president of research and industry information with the National Association of Real Estate Investment Trusts (NAREIT).

The GICS change has three big implications for the REIT industry. The most obvious one is that it is expected to encourage increased allocations to real estate, says Case. Estimates of just how much extra capital could flow to the sector in the coming years vary widely, from $30 billion to upwards of $100 billion. Those estimates are based in part on the fact that many investment managers are significantly underweight in allocations to real estate.

Moving real estate out to its own sector now makes that under-weight more obvious when investment managers report holdings by sector. “So in a sense, there was a place to hide for active managers who didn’t want to invest in REITs and that is gone,” says Case. Yet that shift to increase real estate allocations will not happen overnight and will likely be a gradual process with allocations that will grow over the next several years.

“Now that real estate is its own headline category that will garner additional attention,” says Burl East, CEO of American Assets Capital Advisors, an investment manager specializing in real estate securities. “I also think that the brokerage industry and the wire houses are changing their business models to look more like financial advisory shops and they are taking more of a portfolio management approach to investing rather than a trader’s approach,” he adds.

Real estate performs well over time and is also viewed as good diversification play. So as advisors start to think about real estate securities as a component of portfolio strategy that bodes well for increased allocations to real estate, East notes.

“I think it is good that real estate got pulled out, because equity REITs are different animals than banks and should be spread out,” adds Rothemund. However, some people might be putting too much emphasis on real estate’s new status as a separate category. Real estate has always been a separate segment within financials and investors realized that. So from that perspective, nothing has really changed, he says.