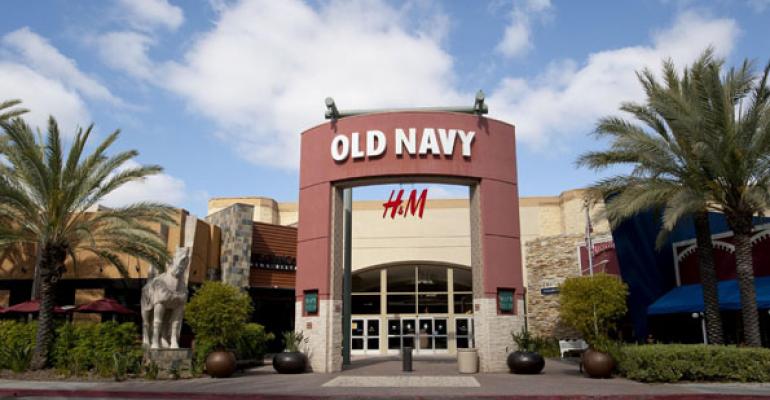 Prior to formation of the joint venture, Simon owned 100 percent of the Shops of Mission Viejo.
Finance & Investment>REITs

The new year is less than 72 hours old and already Simon Property Group, General Growth Properties, Federal Realty Investment Trust and DDR all announced major transactions ranging from asset purchases to a joint venture to the acquisition of warrants.

In the most significant transaction, Brookfield Asset Management Inc. acquired General Growth Properties Inc. warrants from affiliates of Pershing Square Capital Management L.P. for $271.9 million. The warrants represent the right to acquire 18,432,855 shares of GGP common stock, par value $0.01 per share. Brookfield, in turn, has offered General Growth’s board of directors the ability to acquire, in the next 30 days, the same warrants for the same purchase price paid by Brookfield.

In connection with these transactions, Pershing Square delivered certain undertakings to Brookfield relating to GGP. Pershing Square agreed that, for a period of four years it will refrain from undertaking any of the types of transactions with respect to GGP that are subject to disclosure under paragraphs (a)-(j) of item 4 of Schedule 13D. Pershing Square has further acknowledged the 9.9 percent ownership limitation in GGP's certificate of incorporation and agreed not to acquire shares of GGP, directly or indirectly, that would cause its ownership to exceed that limit.

Pershing Square intends to commence filing further reports regarding its ownership of GGP shares as a passive shareholder.

What that all means is that Pershing Square, a hedge fund run by William Ackman, will drop its recent campaign calling for General Growth to put itself up for sale. Last August Ackman said that Simon Property Group had shown interest in acquiring General Growth and he lobbied for the two firms to begin talks. But no deal materialized.

Meanwhile, the nation’s largest regional mall owner Simon Property Group formed a joint venture with Institutional Mall Investors and the California Public Employees’ Retirement System (CalPERS) formed a joint venture to own and operate the Shops at Mission Viejo in the Los Angeles suburb of Mission Viejo, Calif., and Woodfield Mall in the Chicago suburb of Schaumburg, Ill. Simon and IMI will each own 50 percent of Woodfield. Simon will own 51% of Mission Viejo and IMI will own the remaining 49 percent. Simon is providing management and leasing services to the joint venture.

The Shops at Mission Viejo is currently unencumbered, however, the joint venture expects to place a mortgage on the property in the next two weeks. Woodfield Mall is encumbered by a $425 million mortgage loan which matures in March of 2024 and bears interest at 4.5 percent.

"As a result of this transaction, we have added the iconic Woodfield Mall to our portfolio," Simon Chairman and CEO David Simon said in a statement. "This premier mall is located in one of the country's largest markets and we welcome the opportunity to enhance its productivity and value through our leasing and management efforts."

"We are pleased to expand our strategic relationship with Simon - other malls owned jointly include The Galleria in Houston, The Fashion Centre at Pentagon City in Arlington, Va., and The Westchester in White Plains, N.Y.,” Miller Capital President & CEO Andrew Miller said in a statement. “The transaction also increases our presence in the important California market with the addition of The Shops at Mission Viejo to our collection of high quality retail properties."

In its most recent acquisitions, DDR bought the 852,000-sq.-ft. Carolina Pavilion in Charlotte, N.C., for $106 million from Blackstone Real Estate Partners VII. The asset is 94 percent leased and features tenants such as Target, Kohl's, Nordstrom Rack, Ross Dress for Less, buybuy BABY, Bed Bath & Beyond, Jo-Ann Fabric and Craft Stores and AMC Theatres. It also purchased the 434,000-sq.-ft. Poyner Place in Raleigh, N.C., for $45 million.

The property was constructed in 1994, and sits within a larger mixed use site of 50 acres with additional retail, a hotel, and an apartment complex

"East Bay Bridge shopping center is well located in a very supply constrained trade area in the densely populated East Bay market with top tier, top performing national tenants that draw from a wide trade area," Jeff Berkes, Federal Realty president – west coast, said in a statement. "We were attracted to the investment because of the strength of its location, the strength of the tenancy, and the fact that most of the leases were negotiated nearly 20 years ago and, as a result, are substantially below today's market rents."