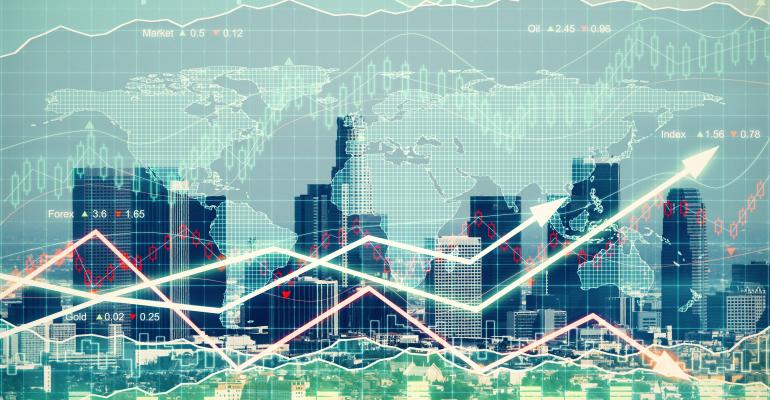 The Time May Be Right for More M&A in the REIT Sector, Analysts Say

There are several large proposed REIT mergers in the books already in 2018, but analysts in the space say the activity may not be done yet.

With wide belief in the market that the current real estate cycle is in its late stages, interest rates and cap rates are creeping up, and debt is readily available. There’s also a large disconnect between private and public real estate values, several analysts note. “The backdrop is certainly conducive to M&A,” says Haendel St. Juste, REIT analyst at Mizuho Securities USA.

But perhaps more telling is the wealth of private equity looking for places to put capital. Blackstone Group L.P., for example, announced it is acquiring Gramercy Property Trust, an industrial REIT, in a $7.6 billion cash deal. “You expect that capital to be deployed at some point,” St. Juste says.

It has been a while since the last burst of M&A activity in the REIT space. In 2017, there were 18 announced M&A deals among U.S. SNL-covered real estate companies that totaled $35.61 billion (excluding three deals whose transaction amounts were not disclosed)—an 11.3 percent drop in transaction value year-over-year, according to a January report from S&P Global Market Intelligence. The last surge was in the mid-2000s, before the Great Recession when private equity companies, fueled by very low interest rates, were acquiring public REITS. Since then there have been a few strategic deals, but it’s generally been a quiet period.

It can be hard to pinpoint why deals go through at any one moment—each has different motivations and could be the result of months- or years-long discussions, St. Juste cautions. GGP, for example, in November received an unsolicited bid from Brookfield, which owns nearly a third of GGP’s shares, to acquire the rest of the shares it does not own. In Prologis’ case, the firm said the move allows Prologis to build scale with a complementary portfolio and create near-term synergies of about $80 million.

But this late point in the cycle, and whether a higher price is likely or not later, “certainly plays into the minds of managements and boards in thinking about whether now is the right time to sell,” St. Juste notes.

Up until recently there have been questions as to why M&A activity has not been more frequent among the more than 225 REITs in the U.S., given the industry’s duplicative strategies and succession issues.

Job preservation is one potential disincentive, says Alexander Goldfarb, senior REIT analyst at Sandler O’Neill. And REITs whose stocks are way down year-over-year may also be unwilling to consider a sale—they’re not in a position of strength, he adds. “M&A is possible anywhere, but what you need is a willing buyer and a willing seller,” he says.

Retail REITs, of which there are many, and industrial REITs, which are highly prized by investors these days given the sector’s tailwinds, seem most poised to see more M&A activity, the analysts say. Shopping center REITs in particular may be most likely to see some privatization, as there are a lot of them and they are trading far below private market values, Goldfarb notes.

Still, retail REITs may be held back by what they’re willing to accept. “There’s been an unwillingness to sell below net asset values,” says Matt Kopsky, a REIT analyst at Edward Jones.

In the case of GGP, the market did not react well to its sale, as analysts at the time said Brookfield’s price of $23.50 per share devalued mall REITs. As of Monday afternoon, GGP’s stock was at $20.54.

After Prologis’ announced its acquisition, its stock also dropped, as the industrial REIT said it would pay $8.4 billion for DCT—a 16 percent premium to DCT’s stock at the time. However, Kopsky says the move should still bring long-term benefits to Prologis, given the strength of industrial and the market overlap between the two companies.

One notable exception this year to a possible merger or sale is Cleveland-based Forest City Realty Trust Inc.’s rejection of a takeover bid from an unnamed, “large financial investor” after months of strategic review and a report that Brookfield Asset Management was interested in acquiring the REIT. Instead, Forest City reorganized its board.

However, Forest City may reconsider such a move in the not-so-distant future, says Paul Adornato, a veteran REIT analyst. “By refreshing the board and by putting in more independent governance, they have essentially, I think, made it more critical for them to either perform or sell,” he says.