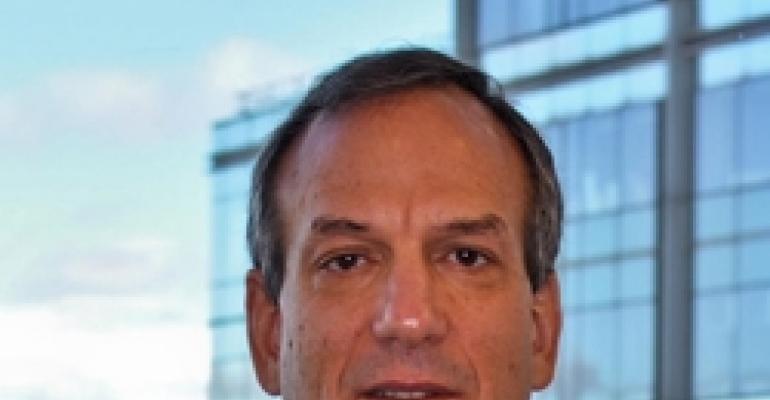 Views from Inside GGP's Restructuring

It’s all behind us now, but while it lasted, General Growth Properties’ reorganization made for some excellent theater for the real estate industry.

Would the REIT end up in liquidation? Was it going to be broken into pieces? Might it end up swallowed by a rival? And how would it all affect the retail real estate sector?

As it turns out, people with a front row view of the drama say they had a lot more confidence that things would work out than was clear from the outside. And with GGP’s stock now trading in the $14 to $15-plus range, they’ve been proved right and made a bundle in the process. (GGP’s stock languished at less than $1.00 per share at the lowest points, forcing its shares to be exiled from the New York Stock Exchange for several months.)

When GGP was forced to consider restructuring in December 2008, the timing was certainly not ideal, according to Jim Mesterharm, managing director with New York-based AlixPartners LLP, which served as a restructuring advisor to the REIT. The credit markets were shut down and nobody knew when they would start functioning again. GGP tried fruitlessly to get negotiations going with its CMBS lenders, but most would not return its calls. The dire state of the economy made the REIT’s management worry about the stability of its portfolio and its tenants.

But when Todd Sullivan, a Massachusetts-based investor, bought GGP’s shares in January 2009 at $0.49 apiece, he did so hoping the REIT would enter bankruptcy protection. At the time, Sullivan figured GGP shares would eventually reach the $8 to $10 range. He wasn’t concerned about how bankruptcy would affect the REIT. To him, the biggest risk was the possibility that GGP would forgo bankruptcy and try to sell off its assets one by one, destroying the value of its holdings in the process.

“The only way they could force the banks to rework the debt was to file for bankruptcy,” Sullivan says. “I felt they wouldn’t be liquidated and there would be plenty of equity left for the shareholders. The banks couldn’t foreclose on their properties—that would [send the whole market] haywire.”

Steve Shepsman, executive managing director of New World Realty Advisors, a New York-based restructuring firm, did not have a personal stake in GGP when he heard news of it filing for Chapter 11 in April 2009. But as he followed the GGP story in the papers, Shepsman, an experienced restructuring specialist, felt there was little danger of liquidation.

The worst case scenario, in his view, would have been a decision to convert the company’s unsecured debt into equity, which would have diluted the REIT’s value and caused “a pretty ugly fight” between the creditors and the shareholders.

Then in the summer of 2009, Shepsman unexpectedly found himself at the center of the bankruptcy proceedings. A former business partner had mentioned his name to the Bucksbaum family, which owned 21 percent of GGP, as a candidate to head the company’s newly formed equity committee. He accepted the assignment.

At the time, GGP’s management was locked in a battle of wills with its unsecured creditors’ committee over the value of the company. The unsecured creditors claimed that with commercial property values in a freefall, there was little money left in the REIT. They were trying to wrestle control from GGP’s executives and shareholders, and GGP’s staff was too demoralized by the bankruptcy to effectively fight back, Shepsman says.

But by the fall of 2009, GGP was well on its way to restructuring most of its property-level debt, according to Mesterharm. That sent a clear signal to the market that there was value left in the company and gave the equity committee ammunition to ward off the pressure from the creditors.

GGP’s structure as a publicly traded REIT turned out to be an advantage, Shepsman says. Prior to its filing, many in the industry were nervous about how a REIT would fare in a reorganization. But being a public company allowed GGP to put together an equity committee that had as much of a voice in the courtroom as its creditors’ committee. When private companies file for Chapter 11, there are usually only two parties to the transaction—the debtor and the creditors, according to Shepsman.

“If you looked at GGP’s assets and its overall value, it looked like it was going to have a lot of equity,” Shepsman says. “The courtroom didn’t necessarily reflect that. The creditor’s committee basically thought they owned the company and that everybody should follow their lead.”

By September of 2009, the tide began to turn. Prior to that, there was concern that GGP would be undone by its secured debt, if the bankruptcy judge, Allan Gropper, had ruled in favor of its secured creditors in the dispute over the inclusion of GGP-run special purpose entities (SPEs) in the bankruptcy filing. Outraged lenders, including ING Capital and Metropolitan Life Insurance Co., among others, claimed the SPEs were not in financial distress and should not come under Chapter 11 protection. Had Gropper agreed with them, the company would have ended up broken up or worse, Shepsman says.

But in August, Gropper issued a ruling in favor of the REIT, and it became clear that a successful reorganization was both possible and probable. The equity committee continued to remind the court that GGP was a publicly traded REIT and had to be valued according to the REIT model.

When the creditors complained that GGP’s projections on the value of its portfolio were too high, the equity committee insisted that any calculations had to take into account an eventual recovery in real estate prices. “We came in as a counterweight to the natural bias the creditor’s group would have,” Shepsman notes.

By the time Simon Property Group put in a bid to acquire GGP for $6 per share, plus $3 per share for interest in the REIT’s master-planned communities, in February 2010, the mood in the courtroom had changed completely. GGP and its shareholders were now firmly in control of the process.

A few of the shareholders remained nervous enough to advise GGP to jump on the Simon offer, according to Shepsman, and there was pressure from the creditors, who were happy to accept Simon’s bid right away. But with Pershing Square’s Bill Ackman and the Buckbaum family together controlling about 50 percent of the shares, it was unlikely GGP would accept what its management considered to be a low-ball offer.

“I think David Simon thought he could make GGP feel like they needed him as a white knight,” says Sullivan. “He could have done a much higher offer and the shareholders would have been fine” with being acquired by Simon Property Group.

What might have tipped the scales in favor of the recapitalization bid by Brookfield Asset Management was that Simon clearly did not want GGP’s master-planned communities, the part of the company that has since been spun off into the Howard Hughes Corp. The communities were a valuable long-term holding, but they were viewed as risky by the market and did not fit into a REIT structure, Sullivan says. Throwing them away, however, would have resulted in a long-term loss for shareholders.

The reorganization plan proposed by Brookfield and Pershing Square solved the dilemma by taking the communities out of the public markets. Plus, GGP was concerned about Simon’s ability to close the deal in a timely manner because of the potential for a Federal Trade Commission investigation if Simon had won the bid and ended up with a seeming monopoly on U.S. regional malls, according to Mesterharm. Shepsman recalls that GGP executives received calls from tenants who were not happy about the possibility of a Simon acquisition.

Ultimately, GGP’s reorganization ended up being a “win/win/win” for everybody involved, he says. GGP remained an independent entity. The creditors got paid back in full. And shareholders saw the value of the company bounce back in a way few of them anticipated back in the spring of 2009.

“The guys who made this investment [at the bottom of the market] made a lot of money already,” Shepsman says. “Everybody who watched this happen and didn’t jump in is probably kicking themselves.”