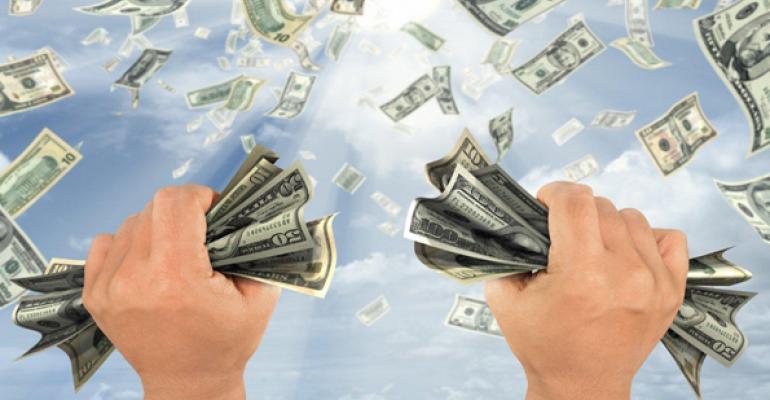 Will Strong Demand for REITs Continue?

Gradually, investors began to search for relatively lower risk real estate opportunities, causing the demand for income producing assets with high occupancy rates and stable tenants to gain traction. During the past couple of years, the demand for real estate assets has increased with multifamily and healthcare helping to lead the way.

This growth, while slow at first, has gained significant momentum during the past several months. Recently, sectors such as retail and single family housing, which were among the sectors hardest hit by the downturn, have also experienced an upswing. Investors seeking to place their capital in a diversified pool of income producing real estate assets have looked to REITs.

As the overall demand for real estate assets has dramatically increased, in large part due to increasingly easier access to debt and equity capital, the demand for REITs has also continued to grow. REIT investors have been rewarded with returns that have outperformed most other investment alternatives, in real estate or otherwise. From 2010 through 2012, REITs provided investors with a 17.8 percent annualized return, compared to 10.9 percent for the S&P 500, according to American Assets Investment Management.

As a result of these strong returns, money has been flowing into the REIT sector during the first half of 2013. Through May 31, 2013, equity REITs, which primarily invest in direct real estate assets, have had a solid year, raising approximately $29 billion of new capital, almost 20 percent more than they raised during the same period in 2012, according to SNL Financial.

By law, REITs must distribute at least 90 percent of their taxable income each year to their shareholders, generally in the form of regular cash dividends. This ability to receive cash dividends is another major factor contributing to the strong demand of REITs. These dividends average 3.3 percent per annum for listed REITs and 6.7 percent for non-listed REITs.

Non-listed REITs often provide their investors with higher dividends compared to listed REITs to entice investors to buy their shares and to account for limited liquidity rights. Given the historically low yields from treasury bills, bonds, CDs and other similar investment vehicles, the dividends provided by REITs are particularly enticing to many investors. Therefore, expectations about the future direction of interest rates may have a significant impact on the demand for REITs going forward.

When the Federal Reserve provided an update regarding its plans for future bond purchases on June 19th, the market started moving down as yields on 10-year treasuries increased. For REITs, the market declined by approximately 12 percent from a six-year high set on May 21, 2013. This occurred despite the fact that the Fed announced that it was continuing its current policy for the time being, and would only make a change if market conditions, particularly unemployment, improved.

Since then, Fed officials have further clarified their position and REITs have traded back up, but the sharp drop demonstrates the sensitivity that the REIT markets have to interest rate expectations. It remains to be seen how publicly traded REITs and their ability to raise capital will fare over the remainder of 2013.

Non-listed REITs, which are less sensitive to the volatility of the public markets, are expected to raise approximately $15 billion this year, compared to $10 billion last year, much of this due to the recycling of capital being released from non-traded REITs completing liquidity events. As all of this capital is invested in REITs, some have questioned whether all of that money can be deployed in an accretive manner for stockholders or whether it will simply drive up the prices of the real estate they are buying.

Some of the REITs that are the most sensitive to changes in interest rates are in the single tenant, net-lease sector, which due to the long-term leases under which they operate, function similarly to a bond in an investor’s portfolio. Ironically, some of these REITs were among the first to benefit from the recent upswing given their focus on stabilized assets with relatively lower risks.

This is also the sector that has seen the most significant M&A activity in the first half of 2013, particularly in the non-traded arena, with REITs sponsored by American Realty Capital and Cole being involved in at least five significant merger transactions this year. On the publicly traded side, there has been one significant acquisition in the multifamily sector announced (Mid-America Apartment Communities and Colonial Properties Trust), one in office (Brookfield and MPG) and one in timberland (Weyerhaeuser and Longview).

With the diversity of these transactions, it is difficult to determine whether any trends are developing in any of those sectors. Despite expectations of rising interest rates, many observers believe that REITs will continue to thrive throughout the remainder of 2013 and in the foreseeable future. With an improving real estate sector and continued strong demand for diversified real estate investments, the horizon for REITs continues to look bright.

David P. Lari is a partner in the Los Angeles office of Cox, Castle & Nicholson LLP. David represents REITs in a wide variety of real estate matters, including acquisition, disposition, joint venture, financing and development transactions throughout the United States. Lesley H. Solomon is a partner in the Atlanta office of Alston & Bird LLP and is co-head of the securities practice. She represents REITs and other public companies in securities offerings and compliance, mergers and acquisitions and corporate governance matters.