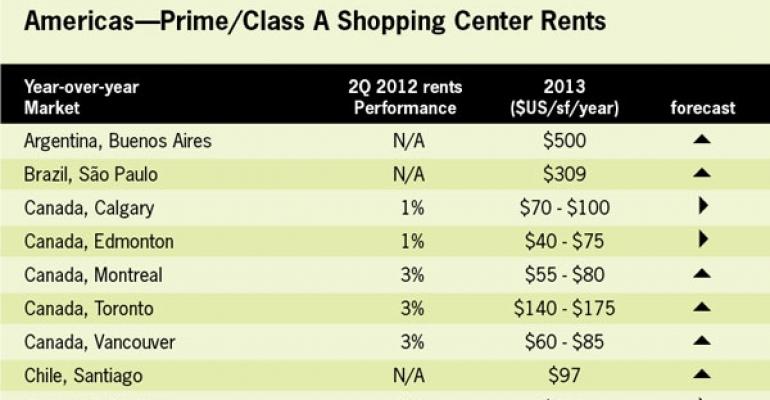 Boston, Houston and Los Angeles Will Experience Rent Increases for Class-A Space in 2013

Washington, D.C. and Las Vegas may be among the most expensive cities for class-A shopping center rents in the Americas at the moment, but going forward, retailers will see the greatest spikes in rental rates elsewhere, according to Cushman & Wakefield’s and ICSC’s recently released Global Shopping Center Report.