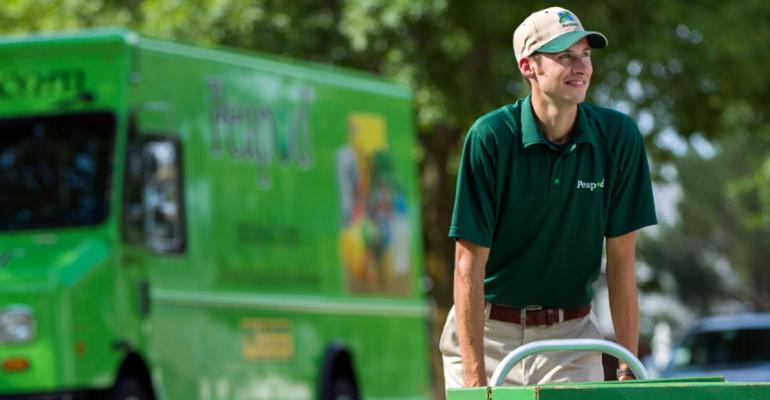 The Zaandam, Netherlands-based grocer, which derives about two-thirds of its sales from the U.S., thinks the combination of physical stores and a strong online presence is key for the future.

Amazon’s move into grocery stores by acquiring Whole Foods Market Inc. last year was seen as a challenge for traditional retailers, but Ahold Delhaize’s Dick Boer said the Seattle-based giant’s strategy is now basically comparable to what his company has been doing in the the country for a while.

“Most of our competitors in the United States don’t do home delivery -- only click-and-collect,” Boer said in an interview on Wednesday. “We are well ahead of the market on this.”

The Zaandam, Netherlands-based grocer, which derives about two-thirds of its sales from the U.S., thinks the combination of physical stores and a strong online presence is key for the future. In addition to the Peapod service, Ahold operates about 2,000 brick-and-mortar stores under banners such as Food Lion and Stop & Shop in eastern states from Maine to Georgia.

Although Whole Foods is significantly smaller than Ahold Delhaize’s U.S. business, the backing of Amazon could prove crucial for online grocery shopping. The segment, Boer earlier estimated, could make up as much as 15 percent of grocery purchases by 2025.

That doesn’t frighten Boer, either.

“What Ocado’s doing is similar to what we’re doing, and we have an advantage in home delivery in America because we’re doing this already for such a long time,” he said. “We know very well how clients respond to online and delivery models.”

The market liked the fourth-quarter performance of Ahold Delhaize’s U.S. businesses, Ahold USA and Delhaize America. Margins grew to 4.2 percent and 4 percent, respectively, ahead of the analyst consensus. Shares rose as much as 3.3 percent in Amsterdam, the most since November.

Ahold Delhaize is on track to complete the merger of the U.S. operations by the end of the current quarter, it said in a statement earlier Wednesday. Finishing that successfully is the prime objective, Boer said in the interview, adding that the company is keeping its eyes open for opportunities.

Boer also declined to comment further on speculation he might soon pass the torch to Deputy CEO Frans Muller, as Belgian daily De Standaard reported on Monday. “If we have to respond to every bit of speculation in the media, we’ll have a day’s work, so we’re leaving that to the journalists,” he said.