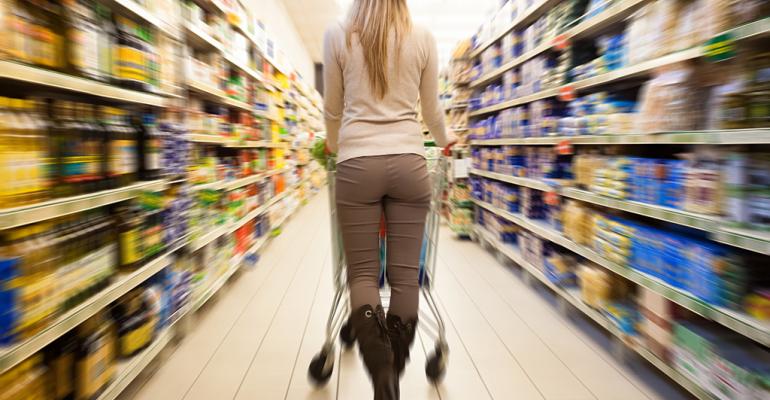 From Amazon to Alibaba, Grocers' Pain Is Endless: Andrea Felsted

If Amazon is chasing Alibaba, and Alibaba’s watching JD.com, grocers in the U.S. and Europe need to pay attention to all three.

(Bloomberg Opinion)—Want to know what Amazon.com Inc. will be doing in physical retail tomorrow? Look at what is happening in China today.

Alibaba currently has 57 Hema stores, and plans to have 100 by the end of its financial year in March 2019. In five years there could be as many as 2,000. Rival JD.com Inc. has already launched its high-end response, 7Fresh, with two locations in Beijing offering all three services. It could have hundreds over the next few years.

If Amazon is chasing Alibaba, and Alibaba’s watching JD.com, grocers in the U.S. and Europe need to pay attention to all three.

Hema is a digital venture at its heart. It includes a traditional supermarket, but the locations also fulfill online grocery orders and offer restaurants. The Hema app, which connects to a customer's Alipay account, is the glue that holds all the different elements together.

China may have got there first in debuting alternatives to the traditional grocery store. BingoBox, which dispenses with the usual checkout lines, opened in southern China in mid-2017, ahead of the January 2018 public launch of Amazon Go.

But the lead is a short one. Amazon’s answer to cashierless shopping is more advanced than what BingoBox, Hema or 7Fresh currently offer. The Seattle shop uses a mobile app and some of the same sensing systems used in self-driving cars to track what customers have picked from shelves. When they leave, purchases are billed to their Amazon account.

However, China’s internet giants are catching up fast. Alibaba is experimenting with grab-and-go technology at a corporate souvenir shop at its Hangzhou headquarters, and both it and JD.com are using facial recognition to smooth the payment process. The latter already has about 20 unmanned stores across China, and has teamed up with real estate developer China Overseas Land & Investment Ltd. to open hundreds more.

The lesson for U.S. and European supermarkets is not just that they’ll need to throw capital at updating payment processes. Chinese companies are already making other breakthroughs that have the potential to upend multiple parts of the traditional store, forcing competitors into even more investment.

Chinese companies are already tackling other pain points, such as difficulties with store navigation and unruly shopping carts. Their progress hasn’t always been straightforward. JD.com has introduced a robotic cart that follows customers around the store. Shoppers weren't as keen on them as the company had hoped, and it is now upgrading them to address their feedback.

A Hema supermarket in Shanghai recently launched a robotic restaurant, where customers can pick their main course from the grocery aisle (or just use their phone to order), and check in at their table with the app. If diners have, for example, chosen their own live fish, staff send it to be cooked via an overhead conveyor belt. Robots transport the meal from the kitchen to the customer. It’s an entertaining dining experience.

There is no reason why this three-in-one concept – grocery, delivery hub, restaurant – couldn't be taken further, with other elements, such as laundry or beauty added. The stores could almost become mini-malls in their own right, with shopping, dining and services in a central location, all powered by mobile apps.

This could actually be a model for Whole Foods under Amazon's ownership, because, as my colleague Shira Ovide has noted, the retailing giant hasn’t done much with the supermarket yet.

But it is the traditional grocers who have the most to fear from developments in China. They are struggling to defend their thin margins against the rise of the no-frills supermarkets, Aldi and Lidl. They already had Amazon in their sights. U.S. and European food retailers should make sure they’ve added China to their basket of worries.

To contact the author of this story: Andrea Felsted at [email protected]