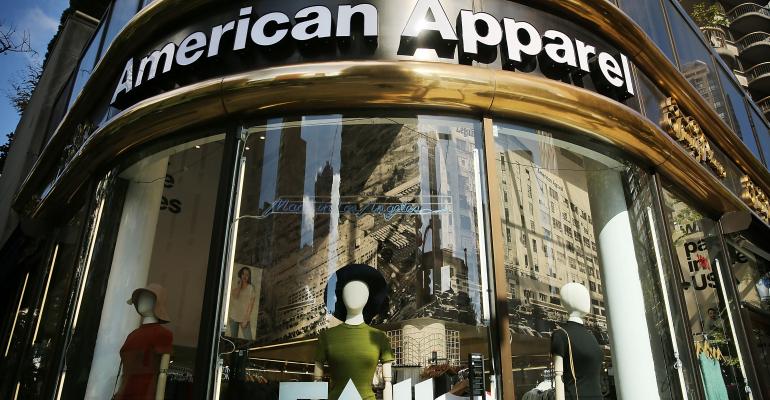 American Apparel’s planned flagship store in Los Angeles has been put on hold.

(Bloomberg)—American Apparel may not be returning to brick-and-mortar after all -- at least not yet.

Owner Gildan Activewear Inc. said its plan to open a flagship store in Los Angeles, announced a year ago, has been put on hold as the Montreal-based apparel company focuses on e-commerce and wholesale clients. The store remains “a possibility, just one that we have decided to delay for the time being,” according to spokesman Garry Bell.

Gildan bought the rights to American Apparel -- but not the stores, which closed -- in a 2017 bankruptcy auction. A year ago, the company said the planned L.A. location would let it gauge trends and complement e-commerce operations. Chief Executive Officer Glenn Chamandy said at the time that Gildan was thinking about franchising the brand or opening more stores.

Bell said the company’s primary focus has been expanding its clients base in the “imprintables markets” -- the wholesalers who buy blank T-shirts and other items to customize them for sports teams or events. The company has also expanded its e-commerce reach to 220 countries, he said.