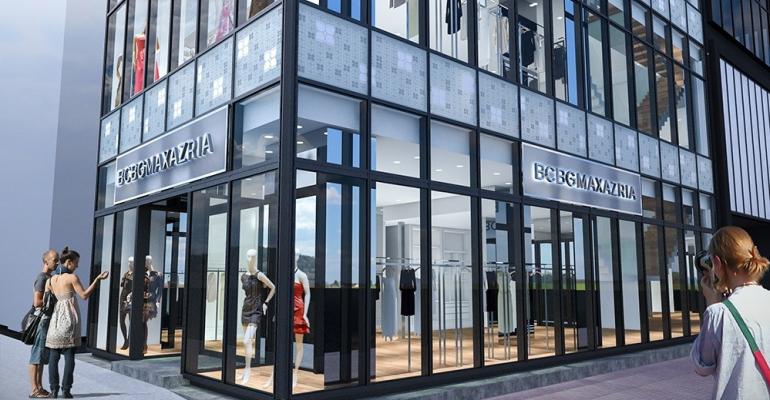 “Like many other apparel and retail companies, BCBG has fallen victim in recent years to adverse macro trends, including a general shift away from brick-and-mortar to online retail channels, a shift in consumer demographics away from branded apparel,” Etlin said.

The company either will sell itself at a court-supervised auction proposed for May. If no acceptable bids come in, management will try to negotiate a debt-for-equity swap with junior lenders owed $289.4 million.

Some lenders have agreed to loan the company $45 million to help it get through bankruptcy. That loan must be approved by the judge in the case. BCBG owes lenders about $459 million.

Azria founded the business 1989 and opened its first boutique in Los Angeles in 1992. BCBG -- short for the French expression “bon chic, bon genre” -- acquired design house Herve Leger in 1998. In August, Azria surrendered his majority equity stake as part of a debt restructuring and left the company, Etlin said.

The brand, long a favorite of red-carpet celebrities, has suffered in the retail slump. Kate Winslet, Victoria Beckham and Alicia Keys have worn its fashions, which include cocktail dresses and handbags.

After the retailer began to falter, investor Guggenheim Partners brought in fashion consultant Marty Staff as interim chief executive officer, according to an account on his LinkedIn page. Staff said he took the reins from Azria last year to help “stabilize” the brand.

Guggenheim Partners got involved in 2006 when it arranged a $200 million loan for BCBG. In 2015, Guggenheim affiliates took equity in exchange for reducing debt. Today, Azria and his wife hold only about 20 percent of BCBG’s common shares.

The Vernon, California-based chain once operated more than 570 boutiques worldwide, including more than 175 in the U.S.

The company has dismissed 123 people in recent months, according to a filing with California’s Employment Development Department. It has about 4,800 employees and has been preparing more job cuts and other cost-cutting measures, according to court documents.