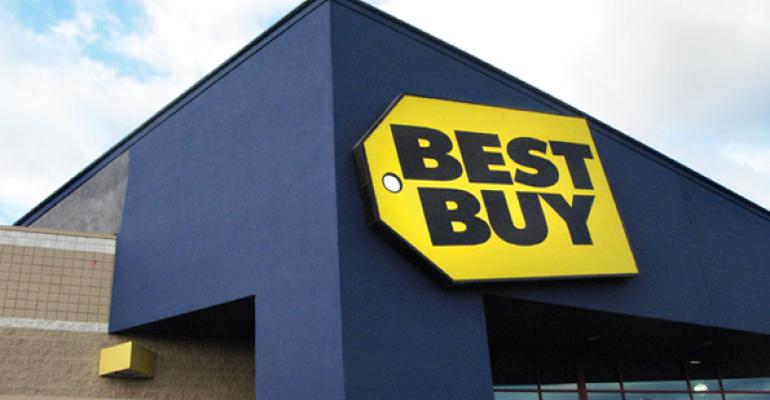 Big-box stores have been more vulnerable to online shopping than other retailers because they usually sell commodity-type products, yet experts say that e-commerce can actually strengthen these big boxes. As long as retailers execute a strong omnichannel strategy that emphasizes in-store pick-ups and provides exciting shopping experiences, big-box stores will benefit from online sales.

“The big-box companies that are doing better than others have one thing in common—they’ve figured out how to make their channels work together,” says Todd Werden, vice president of consulting firm Boston Retail Partners. “They all realize that having some kind of sticky customer experience across all channels is the path to success.”

Reports that Cyber Monday generated a record-breaking $3 billion in revenue sent a wave of worry through the retail real estate industry. But an in-depth look at shopping behavior indicates that big-box retailers actually benefit from e-commerce purchases.

“We’ve all measured big-box performance by same-store sales, and while they may not be rising at the pace they once were, they’re still increasing,” says Nick Hernandez, managing director in the retail group of real estate services firm Transwestern. “Additionally, most big-box retailers are seeing their total sales increase, with some of that increase coming from e-commerce.”

This year, Bain worked with Foursquare to understand how retail foot traffic changes during the holiday months. The firms found that consumers are actively engaged in “webroomin”—shopping online and then buying in stores.

Bain’s research note points to one particular study, which suggests that 40 percent of customers spend more money than planned during in-store visits versus 25 percent of online shoppers. In fact, once in a store, shoppers are much less likely to leave empty-handed than those shopping online. Bain estimates that store conversion rates average 25 percent to 45 percent, while online conversion is only 2 percent to 5 percent. Stores also trigger impulse purchases in a way that online shopping sites can’t.

“I think retailers with a brick-and-mortar presence have an advantage,” Werden says. “They have the ability to service customers better in person, creating customer loyalty.”

Consumers spend more online during the holidays than they do the rest of the year, according to Bain & Co. And though online penetration spikes during the holiday season, the reality is that nearly 90 percent of retail sales still happen in stores.

Looking forward, the global consulting firm expects 80 percent of retail sales to come from stores because e-commerce growth is slowing. Across retail categories, annual e-commerce growth rates in the U.S. averaged about 15 percent from 2011 to 2015. These growth rates are projected to decelerate closer to an average of 10 percent over the next five years, and the firm estimates further declines in growth to 5 percent by 2030.

But even with e-commerce sales growing more slowly, the economics of stores can seem challenging, experts agree. A 10 percent shift in sales volume from stores to online can dampen store growth and create pressure to cut fixed costs.

Yet Bain’s experts contend that as more sales shift to e-commerce, winning retailers won’t close a broad swath of stores. Instead, they will “transform stores to combine the best of physical and digital (that is, digical) to deliver seamless, differentiated and exciting new experiences.”

Bain analyzed the sales impact of net store closures on 40 public retailers over the last 15 years and found that retailers that closed a larger group of stores failed to generate meaningful future growth.

“The likelihood that consumers will travel farther to an alternate store location is low,” according to Bain. “They are much more likely to defect from the brand and switch to a conveniently located retailer offering similar products.”

Surprisingly, closing stores can have a negative impact—by as much as 20 percent—on e-commerce. In contrast, online sales increase as new stores open.

“In many ways, stores function as a marketing vehicle for e-commerce, keeping the brand top of mind for shoppers within a given trade area,” according to Bain’s research brief.

Many big-box retailers are using their stores as mini-fulfillment centers to compete more effectively with Amazon’s fast and free delivery. Best Buy, for example, delivers 67 percent of its packages in two days or less, and averages shipping speeds faster than Amazon (standard, non-Prime delivery) by tapping into its ship-from-store capabilities. Likewise, Target has more than tripled the number of its ship-from-store locations, greatly increasing the likelihood of packages getting to shoppers within two days.

Many retailers are promoting buy online and pick-up-in-store options this holiday season. This is not only a cost-effective alternative to expedited shipping, but also a way to entice shoppers into their stores.

UPS and comScore, Inc. recently surveyed 5,000 consumers for the fourth UPS Pulse of the Online Shopper. The survey found that nearly half (48 percent) of online shoppers have used ship-to-store in the past year, and 45 percent of those consumers made an additional purchase when picking up their online purchase.

It’s important to note that the UPS survey also found that when a purchase is made online from a retailer that has an online and physical store, 61 percent prefer to return the item to the store. And when making an in-store return, 70 percent purchase an additional item compared to only 42 percent who make a new purchase while processing an online return.

“With the convergence of bricks and clicks, retailers will build loyalty and brand value that transcends channels,” according to Boston Retail Partners’ The Future Store Manifesto. “Stores must now encompass both worlds—the sensory experience of the physical store and the personalization and convenience of online shopping. The most successful retailers will seamlessly blend the physical with the digital in the future store.”