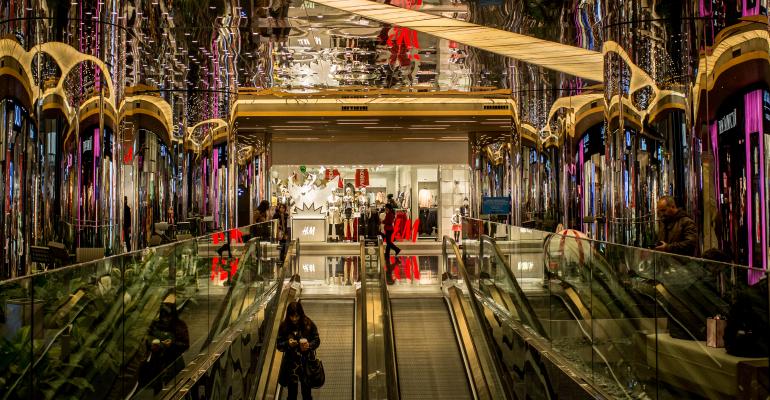 Consumer discretionary companies are the biggest bet of funds that repackage leveraged loans.

(Bloomberg)—American shopping malls may be dying, but their debt is still very much alive.

Consumer discretionary companies are the biggest bet of funds that repackage leveraged loans, which use them in almost a quarter of the collateral underpinning $213 billion of bonds covered by S&P Global Ratings, according to the firm. Demand for those notes helped spur a 65 percent increase in issuance in 2017. Yet with such a heavy weighting, CLOs risk getting caught in the “retail apocalypse.”

“Obviously the Amazon effect is hurting traditional bricks-and-mortar retailers,” Tom Hauser, portfolio manager at Guggenheim Investments in New York, who helps oversee $189 billion of fixed-income assets and favors counter-cyclical bets, said by phone. “Now is not the time to reach for risk. We’re taking risk off the board at this point.”

Online competition is only part of the threat to retailers, as Toys “R” Us Inc. illustrates. With the toy chain said to be making preparations for a liquidation of its bankrupt U.S. operations, attention has turned to the role played by an overburdened balance sheet that can be traced back to a $7.5 billion buyout in 2005.

Now, just as then, cheap debt is pushing up leverage and setting the stage for corporate distress, according to strategists at Bank of America Merrill Lynch.

Even as signs of stress multiply in the real economy, investment bankers are getting a green light from the U.S. government to heap still more debt on leveraged buyout targets.

That comes as average debt relative to earnings before interest, taxes, depreciation and amortization on U.S leveraged loans reaches a record ratio of 5.1 times, according to a unit of S&P Global Market Intelligence. That risk hasn’t been reflected in the lowest margins on leveraged loans since January 2014, according to data compiled by Bloomberg.

“We’ve had this extremely robust run in bank loans and as a CLO manager you have to be very careful about what you put in the structures,” Hauser said. “There will be a turn in the cycle and you don’t want to be left holding the bag.”