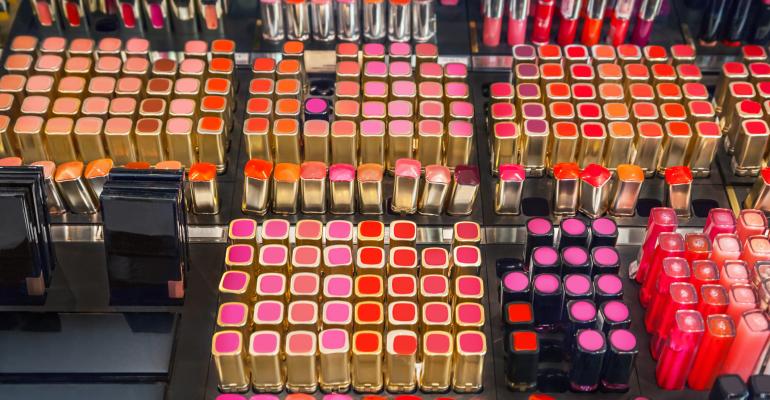 Department Stores Are Losing Market Share in Beauty, Too: Gadfly

(Bloomberg Gadfly) — It's not looking pretty for department stores.

Other than electronics retailers and gas stations, department stores are the only major retail category in the U.S. in which sales fell in the 11 months through November from a year earlier, according to U.S. Census data released this week.

And while most of the conversation about dying department stores centers on how Amazon is eating into clothing sales as the e-commerce giant becomes the largest apparel seller in the U.S., department stores are ceding another worrisome category to online competition: beauty and cosmetics.

The shiny Chanel and Clinique makeup counters, where smartly dressed salespeople spray perfume in customers' faces and offer lotion samples, have been a staple on the ground floors of Macy's and other American department stores for decades.

Beauty and cosmetics were once considered Amazon-proof traffic-drivers to department stores, as beauty companies had long-term deals with stores, rarely discounted their products, and barely sold their goods online. No longer.

Department stores are losing beauty market share to online retailers such as Amazon, as well as specialty shops such as Sephora and Ulta Salon Cosmetics & Fragrance Inc., which have big online operations, according to data from Euromonitor. This shift comes at a particularly rough time for department stores, which have seen sales decline in their other major categories, clothing and electronics.

As my colleague Andrea Felsted has written, in the absence of big fashion trends in apparel, the Selfie Generation has flocked to beauty brands that stoke sales with social media and technological innovations including plumping lipsticks, makeup-contouring kits, and nail polishes that go on like spray paint. Sephora, Ulta and others have pounced on these trends, offering tutorials, in-store experiences and celebrity partnerships. New York-based beauty store Ricky's NYC even opened a pop-up concept shop, # (pronounced "hashtag"), to showcase only products made famous on Instagram.

These trends have helped beauty and cosmetics become one of the fastest-growing segments in retail -- but much of that extra juice is going online and to specialty stores.

And the heaviest spending on beauty and cosmetics is concentrated among department stores' most-coveted customers -- millennials with cash in their pockets.

Bucking the tide is J.C. Penney Co., which made a genius move a decade ago under then-CEO Mike Ullman to open Sephora stores inside J.C. Penney locations. Now, more than half of J.C. Penney's 1,000 stores have a Sephora shop inside, and beauty is one of the chain's three best-performing merchandise divisions, along with home and fine jewelry.

Macy's tried to replicate that success last year with its $210 million purchase of Blue Mercury, a beauty and spa store. But the beauty chain remains too small to really make a dent in Macy's fast-declining sales, with fewer than two dozen locations inside Macy's stores. And its online store -- and brand recognition among younger customers -- needs improvement.

It's time for Macy's and other department stores to look in the mirror and realize they are falling behind. For one thing, they need to reach out to consumers where they are, instead of expecting them to just show up at their makeup counters.

Beauty chatter has migrated away from antiquated store counters and magazine ads. Shoppers now turn to experts on YouTube, Facebook and other social media to keep up with the latest trends. As the discussion moves online, product sales follow. Smart department stores will join this conversation.

And stores need more-exciting shopper lures than free makeup bags or perfume samples. Hosting YouTube celebrities for makeup tutorials or using touchscreens to explain Kim Kardsashian's latest contouring techniques could give shoppers some reason to come back to the makeup counter.

Otherwise, things will keep getting uglier for department stores.

Shelly Banjo is a Bloomberg Gadfly columnist covering retail and consumer goods. She previously was a reporter at Quartz and the Wall Street Journal.