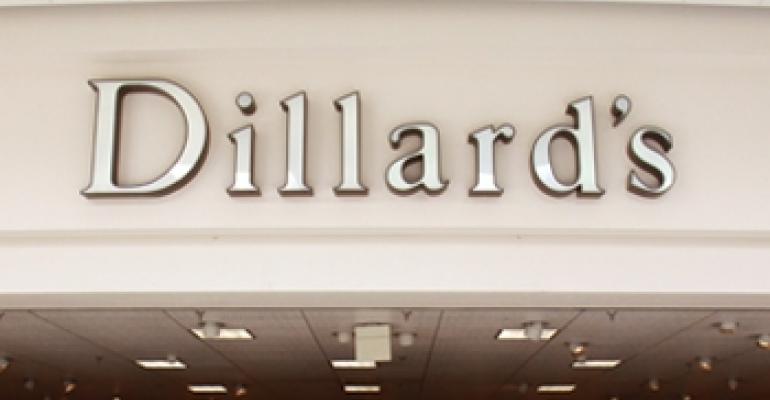 Dillard’s Inc.’s attempt to form a REIT could start a revolutionary trend in the department store sector, industry sources say.

For the past decade, U.S. department store chains have struggled to stay afloat while they faced a major recession and fierce competition from discounters and warehouse clubs. For many, their main advantage continues to be their real estate, since most own their stores rather than leasing space.

With real estate values on the mend and mall development remaining at historic lows, those portfolios could now unlock mountains of extra cash. That’s why real estate consultants expect that if Dillard’s proves that its real estate holdings can generate the firm capital, other department store chains could form REITs as well.

On Jan. 19, Dillard’s filed a statement with the Securities and Exchange Commission stating its intention to form a REIT to generate more liquidity for the company. The chain then plans to rent its stores on a triple-net lease basis. (A spokesperson for the company said it was too early in the process to discuss how the strategy will fully play out.)

Dillard’s, a Little Rock, Ark.-based chain, has been in business for 73 years. Its stores serve as anchors at many class-A and class-B regional malls throughout the country, says Joe Brady, managing director of corporate retail solutions with Jones Lang LaSalle, a Chicago-based real estate services firm.

In the past few years, however, its sales performance has been dismal. Same-store sales for Dillard’s stores posted a 7 percent drop in fiscal year 2009 and a 10 percent fall in fiscal 2010. Net sales declined 6 percent and 13 percent respectively during the same periods.

Dillard’s has had some success in turning itself around—in December, for example, it posted an increase of 7 percent in same-store sales. But the chain is generally viewed as an underdog in the department store sector and needs to reposition itself to better serve the needs of its customers, says Gerry Mason, executive managing director with New York City office of Savills LLC, a real estate services provider.

A repositioning, however, requires capital investment. And here Dillard’s seems to have decided that the easiest way to raise cash is to tap into its real estate portfolio. The chain currently operates 309 stores, totaling 53.4 million square feet. Of that number, 241 stores are company owned, 16 stores involve company-owned buildings on leased land and 10 stores are partially owned and partially leased. Overall, Dillard’s owns 46.4 million square feet of retail space, most of it in suburban malls.

Spinning those holdings into a REIT would help create liquidity in two ways, according to Mason. First, in today’s market a new REIT will likely generate substantial interest from equity investors, creating opportunity for equity and debt offerings. Dillard’s would also no longer need to pay corporate income taxes on its real estate. And, the chain could rent out some of its stores to other retailers, generating additional cash flow.

“I think it’s a great idea,” Mason says. “They are going to reinvent themselves, get some fresh capital and hopefully be a great company going forward. And the timing is very good because the public is very receptive to high dividend paying stock. The public markets are selling better than ever and I think Dillard’s probably wants to run that wave.”

The strategy isn’t without precedent.

In 1995, Steven Roth bought bankrupt department store chain’s Alexander’s for roughly $55 million and spun off its real estate holdings into a REIT, which is now managed by Vornado Realty Trust. One of the best known fruits of that transaction is the Bloomberg Tower in New York City, a 1.4-million-square-foot mixed-use project built on the site of a former Alexander’s store.

Of course that deal, though tremendously successful for Roth and Vornado, involved the liquidation of the Alexander’s operating company, notes Howard Davidowitz, chairman of Davidowitz & Associates Inc., a New York City-based retail consulting and investment banking firm. Plus, Alexander’s was a regional department store player, with most of its stores located in the New York metro area, where barriers to real estate development have always been extremely high.

Most of Dillard’s holdings, on the other hand, lie in suburban malls in the Midwest, southwest and southeast of United States. Texas is the state with the highest concentration of Dillard’s stores, followed by Florida.

“It’s a way to unlock money, but it’s not just a plus,” Davidowitz says. “When you do one of these things, the company now has to pay rent, it’s not free. The question is: how do the numbers work?”

One factor that may play into Dillard’s favor is that today new mall development remains virtually nonexistent, says Brady. That will likely make Dillard’s stores more valuable, even if they are not located in top tier markets.

The department store chain would then be able to sell off its worst performing stores while generating cash to reposition the better part of its portfolio, notes Mason. Ultimately, if Dillard’s proves able to pulls this off, it may set precedent for other retail chains with sizable owned real estate portfolios.

“If they form a REIT they’ll get the best of both worlds, where they separate the real estate from the operations and can leverage that value,” says Brady. “I think it’s a valid alternative for retailers to consider.”