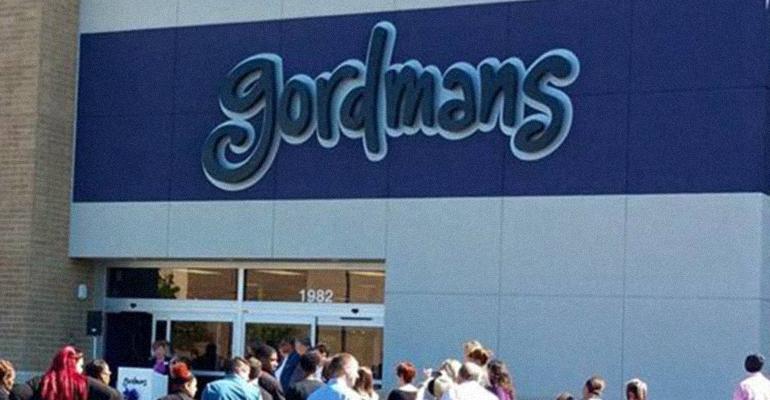 Gordmans Stores Is Said to Prepare for Bankruptcy Filing

(Bloomberg)—Gordmans Stores Inc., a Midwestern department-store chain founded more than a century ago, is preparing to file for bankruptcy, according to people familiar with the matter.

The filing could come as soon as this month, said the people, who asked not to be identified because the process isn’t public. Shares of the Omaha, Nebraska-based company have fallen more than 75 percent in the past year, battered by losses in five of the last six quarters.

Representatives for the retailer didn’t immediately respond to requests for comment.

Gordmans would become the latest victim in a retail industry suffering from sluggish mall traffic and a move by apparel shoppers to the internet. The shift has been especially rough on department stores, including regional chains that once enjoyed strong customer loyalty. Larger competitors such as J.C. Penney Co., Macy’s Inc. and Sears Holdings Corp. also are closing hundreds of locations to cope with the slump.

Gordmans traces its roots to 1915, when Russian immigrant Sam Richman opened a clothing shop in Omaha. He later teamed up with a former Bloomingdale’s executive, Dan Gordman, whose car broke down in Omaha en route to California. Gordman met Richman’s daughter while he was waiting for his car to be repaired and decided to stick around. The two later married.

The Richman Gordman chain, whose stores were all renamed Gordmans in 2000, eventually grew to more than 100 locations in 22 states. Private equity firm Sun Capital Partners bought the business in 2008 and took it public two years later.

In recent years, Gordmans has struggled. Its growth slowed in 2014, and losses began to mount. The retailer has about $85 million in debt, with much of it due in 2020.

Gordmans’ stock price fell below $1 last year, and the Nasdaq Stock Market threatened the company with delisting. It was given until May 1 to regain compliance with listing rules.

The stock fell as much as 42 percent to 34 cents on Monday after Bloomberg reported on the possible bankruptcy filing.