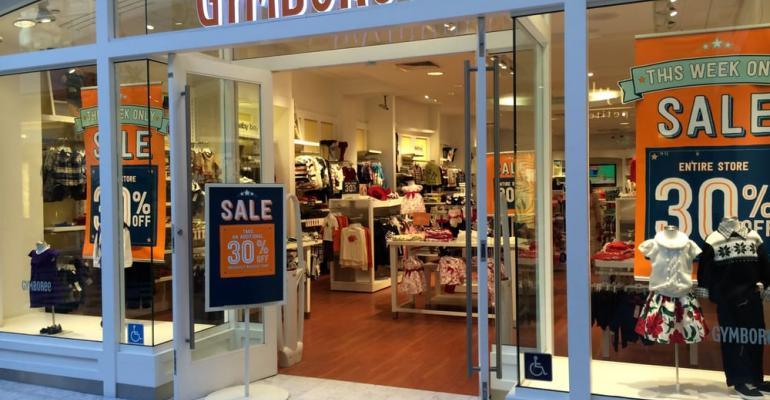 Gymboree Is Said to Prepare for Bankruptcy as Payment Looms

Gymboree, laboring under more than $1 billion in debt from its Bain buyout in 2010, warned last month that it&rsquo;s running short on cash and may not survive if it can&rsquo;t persuade creditors to refinance its debt.

(Bloomberg)—Gymboree Corp., the struggling children’s clothing retailer, is preparing to file for bankruptcy as it faces a June 1 interest payment on its debt, according to people with knowledge of the matter.

The Bain Capital-controlled company is seeking to reorganize its debt load and may transfer control to its lenders, including Searchlight Capital and Brigade Capital Management, said the people, who asked not to be identified because the process isn’t public.

Representatives for Bain, Gymboree, Brigade and Searchlight declined to comment.

Gymboree, laboring under more than $1 billion in debt from its Bain buyout in 2010, warned last month that it’s running short on cash and may not survive if it can’t persuade creditors to refinance its debt. The June 1 interest payment applies to its 9.125 percent notes that are due 2018.

The retailer, which operates about 1,300 stores, hasn’t posted an annual profit since 2011, with losses totaling more than $800 million. Gymboree hired Rothschild & Co. to advise it on a potential restructuring this year, people with knowledge of the matter have said.

Retailers have been hammered by a decline in mall shopping and the rise of online competitors like Amazon.com Inc. Gymboree, which has most of its stores in malls, goes head-to-head with specialty chains such as Children’s Place Inc., as well as mass merchants like Target Corp.

Shares of kids-apparel rivals Children’s Place Inc. and Carter’s Inc. rose after Bloomberg reported that Gymboree is preparing a filing.

Gymboree has a $761 million term loan due in February 2018. The loan is trading at about 44 cents on the dollar, compared with 80 cents in late September.

In 2016, the company agreed to sell its play-center business to a Singapore-based investment group for $127.5 million. That narrowed Gymboree’s focus to apparel.