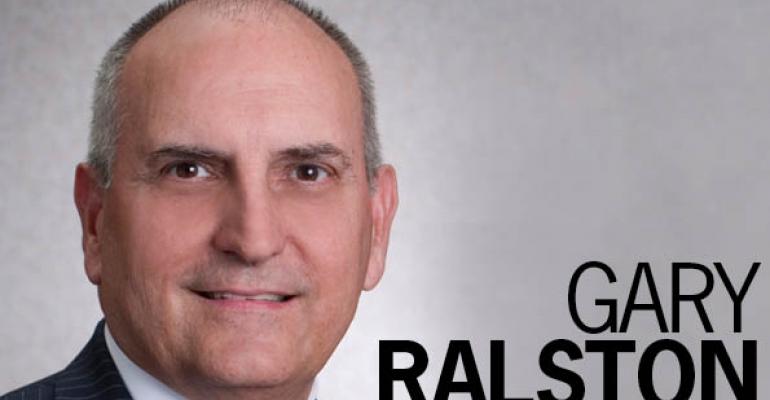 How E-Commerce Drove the Need for Smaller Stores

There is a broad misunderstanding of the impact of e-commerce on retail real estate. When the question “online sales represent what percent of retail sales?” is posed, almost without exception, the response is not just incorrect. It is incorrect by a large margin.

In 2013, retail sales as defined by the U.S. Census Bureau, plus food services and drinking places and excluding the motor vehicle sales, totaled about $4.1 trillion. During the same period, e-commerce sales totaled $262 billion. Thus, online sales made up only 6.4 percent of retail sales. It is true that e-commerce sales are growing at a faster rate than total retail sales, but many analysts believe their share of the total will never get to double digits. No one knows for sure what the limit might be, but the history of product introductions teaches a lesson of limits—new products find their market saturation level and then the growth curve flattens.

Retailing is the final step in the distribution of merchandise for consumption by end users. Following this logic, retail is a logistics-based business. For the most part, goods are transported to stores in bulk, using semi-trucks with a (typically) 53-foot cargo trailer. Experienced retail developers are keenly aware of the need to design parking lots and traffic circulation to accommodate such rigs. Wal-Mart has been an industry leader in retail logistics, popularizing cross-docking in the 1980’s. Cross-docking breaks down bulk deliveries by transferring goods directly to smaller trucks, without keeping inventory in warehouse storage. It is one way that leading retailers achieve distribution efficiency. Today, Wal-Mart links point-of-sale data directly to company headquarters, distribution centers and even vendors. Logistics is a core strategic competency.

We can illustrate this store-based competitive advantage by looking at Amazon. Based on Amazon’s annual report, in 2013 its sales in North America totaled $44.5 billion. Approximately one-third of sales, or $14.5 billion, involved products purchased and delivered when the consumer pushed “enter” on their computer. Thus, Amazon’s sales of goods that would otherwise be on the shelves of store-based retailers totaled about $30 billion. For comparison, Amazon’s retail merchandise sales are less than nine percent of Wal-Mart’s sales. 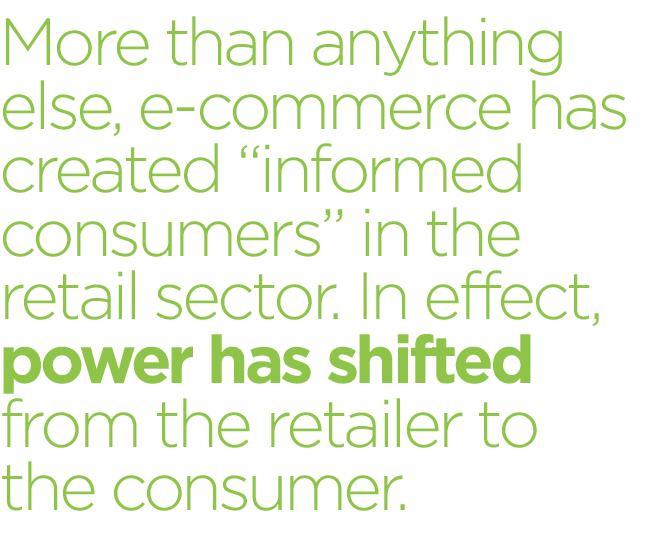 In Amazon’s model, the “cost of the last mile” is part of the price. Amazon’s shipping costs in 2013 totaled 8.9 percent of sales. Considering that one-third of its sales were products that did not need to be shipped, shipping cost are about 12 percent of sales of goods directly competing with store-based retailers. Retail store occupancy costs, as a percent of sales, are in the range between 5 percent and 15 percent, and analysts might consider 8 percent or so to be a reasonable median estimate. Applying this metric to the cost problem leads to the conclusion that Amazon suffers a 4 percent or so logistics-based cost disadvantage when compared to store-based retailers.

More than anything else, e-commerce has created “informed consumers” in the retail sector. In effect, power has shifted from the retailer to the consumer. Consumers can not only search for comparative pricing from their desktop, they can easily use their mobile devices, while in the store, to research products and search for the lowest price. This forces the retailer to “price match.” The result is the consumer gets the lowest available price and the retailer immediately captures the sale.