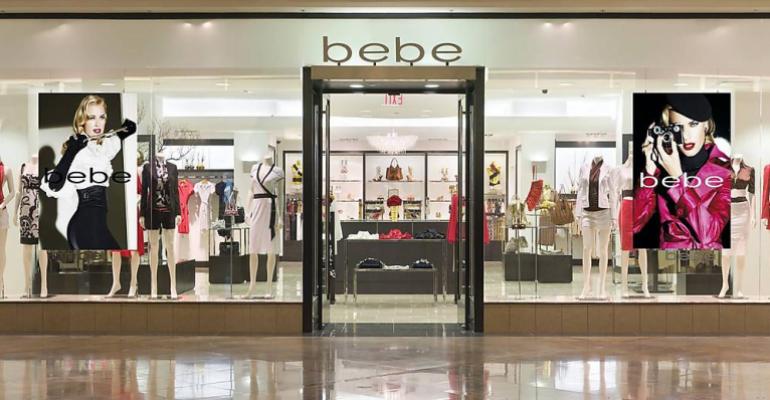 How Retail Landlords Could Benefit from Bebe Stores’ Closings

In May the company announced that it would close all of its stores and operate as an online fashion retailer.

At the height of its popularity Bebe Stores was known for contemporary fashions that appealed to the young and fashion-forward. The Brisbane, Calif.-based retailer leased space in coveted inline spaces in the country’s most successful malls.

By the end of December 2016 the company was operating about 180 stores reported $66.7 million in cash, with low liabilities. None of that could save the company from the onslaught of competition from other retailers in its segment, or the march of shoppers to e-commerce. Sales had been consistently falling since 2012, and in March the company finally announced that it would close all of its stores and operate as an online fashion retailer.

NREI caught up with an expert in retail property dispositions, Matthew Harding, president of Levin Management, a real estate services firm based in Plainfield, N.J., to explain the significance of Bebe Stores’ deals with landlords.

Levin Management specializes in representing mall landlords in retail store dispositions, and worked on such deals as the A&P and Pathmark bankruptcy proceedings. Harding explained how landlords benefit from the Bebe Stores mall exit—and whether other retailers can replicate that strategy in the future.

NREI: The fashion segment has been particularly hard hit by the transformation in ways that consumers shop for clothes. Was the Bebe Stores store liquidation expected?

Matthew Harding: It was not unexpected. The fashion industry has changed; it has accelerated with the onset of some fast fashion retailers—specifically H&M and Zara that are able to get current runway looks to the stores very quickly.

It has become adaptive to finding out what consumers want and getting it to the stores right away. If you did not keep pace with that, it becomes much more difficult. It has become more competitive and a retailer cannot rest on its laurels or brand and feel that that will carry them along. We’ve seen a lot of fashion chains close over the last 10 years.

NREI: Company sales had been declining for years, yet it has been reported that Bebe Stores had almost no debt and a significant amount of cash. Could it not have reorganized its finances and closed unproductive stores instead of pulling out of the brick and mortar channel completely?

Matthew Harding: Being in malls, Bebe Stores would have a more limited universe of landlords to deal with, and they did not have all that many stores. If you’re dealing with another chain, someone going through the process now—like Payless, which has 4,000 stores—think about how many deals they have and how many deals they would have to negotiate. They had the capital to be able to offer incentives to the landlords as an alternative to going through the bankruptcy process, which is long & expensive for everybody.

NREI: Bebe Stores’ brick and mortar liquidation strategy still needed the participation of mall landlords to be successful. How will the landlords benefit from this arrangement?

Bebe was not as financially stressed as some other retailers that have filed for bankruptcy. The company had more to offer landlords when effectively buying out their leases; by saying, “Hey, if we go through bankruptcy you may just get pennies on the dollar. If we work out a deal you’ll get something more than that.”

They were able to convince landlords to do that. There probably were objections that a landlord could have made, “Hey, is this retailer really a valid candidate for the bankruptcy process and the bankruptcy court?” That is not an easy process, either. That could have been a protracted argument, certainty.

NREI: Would this arrangement have been possible if Simon and GGP had not bought out Aéropostale stores last year?

Matthew Harding: I think in one way they are linked, by showing that landlords used creativity and they were willing to do things that are different from the usual bankruptcy approach.

NREI: How likely is it that the industry will see this type of arrangement more often as an alternative to bankruptcy proceedings?

Matthew Harding: I think it is going to be relatively infrequent. You have to have a number of things in alignment here. Bebe Stores was in the position to make settlements with landlords. Their store count was not too many to become unwieldy to negotiate with. Bankruptcy is so involved that most retailers would just choose the bankruptcy route. We’ve seen a lot of bankruptcies—single stores, multiple stores, and chains. It can help a landlord balance the varying factors and what is important in getting a store back and work with a retailer to keep them going.