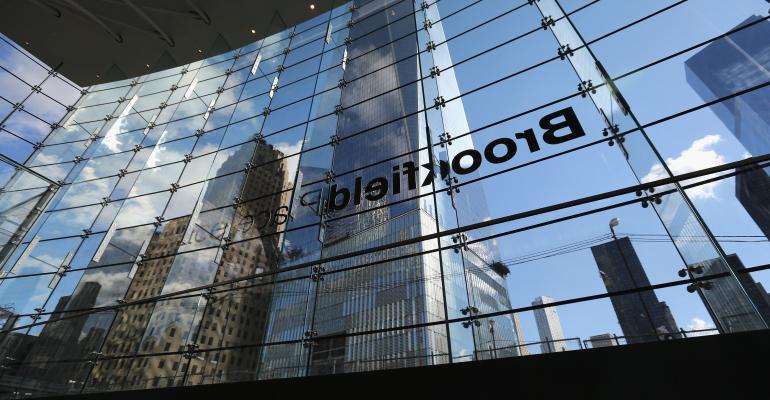 Men’s sportswear retailer Rhone recently participated in a growing retail trend. It booked a one-year, 368-sq.-ft. space in Brookfield Place, the retail concourse in New York City (still locally referred to as the World Financial Center), after renting space in three other shopping centers for even shorter terms.

In previous eras of retail leasing, a young company in a competitive segment such as apparel might not have hoped to attain such a deal. Yet these are extraordinary times in retailing. Bankruptcies and store closures are on the rise for anchors and specialty tenants, including the apparel sector, putting pressure on retail landlords to keep their common areas bustling with shoppers.

The London-based Appear Here is the retail real estate business’ latest effort to help the brick-and-mortar channel stay relevant in an era where titans such as Amazon.com and Walmart continue to gobble up market share.

Appear Here works with about 2,000 landlords, currently lists about 4,500 exclusive retail spaces, and 150,000 brands have signed up to use the service, including such major brands as Spotify and Tory Burch, according to Appear Here CMO and New York General Manager Elizabeth Layne. Since April 2017, Appear Here has seen a 56.6 percent increase in demand from brands that are searching for retail space. That represents about $138 million in monthly demand for business, compared with $33 million in 2017, Layne said.

Appear Here has already earned the nickname “the Airbnb of retail.”

“We see ourselves as a solution for retailers and brands,” Layne said. “The problem is that retailers have changed, but the [leasing] model hasn’t. The traditional model takes weeks. Our average booking takes a few days, and the fastest one booked in a few minutes.”

Technology, and e-commerce in particular, is usually blamed for causing waves of store closures and displacing retailers from their traditional brick-and-mortar spaces. Retail real estate experts say that this time, however, Appear Here is giving landlords a chance to play an important role in the next wave of technological change that will affect them directly instead of being several steps behind the rival’s every advance.

“Landlords are under enormous pressure to keep these malls full,” said Jan Kniffen, CEO of J. Rogers Kniffen Worldwide Enterprises, a New York City-based equity research and financial management consulting firm specializing in retail. “If they can reach more likely tenants with deals that work for the landlords, then hell yes, it’s going to work.”

Kniffen added that Appear Here has already done about $2 billion in business. (Appear Here declined to confirm that figure.)

A welcome partner, not a threatening disrupter

In the retail leasing eco-system, traditional brokers like CBRE appear to be more exposed to any potential shakeups from Appear Here’s business model.

More likely, says Anthony Buono, global president of retail for CBRE, is that the venture capital-backed startup is more likely to carve out a comfortable niche for itself and help retailers take advantage of a more opportunistic leasing environment, rather than shake up the current system.

Also, CBRE expects rent growth to increase, even for markets outside of gateway cities, as demand for space outpaces supply. Non-gateway markets such as Atlanta, Houston and Nashville should see rent growth of at least 2.5 percent over the next five years, according to findings in CBRE’s 2018 U.S. Real Estate Market Outlook for Retail.

“At CBRE for the U.S., Canada and Latin America we will do 14,000 leases this year,” Buono said. “Appear Here is, on a contextual basis, a very interesting service, but it is quite small when you look at the broader marketplace today.”

The company launched the service in February 2013 serving retail marketplaces in London and Paris. Then in April 2017 it launched its service in New York through several partnerships with traditional landlords and brokerage firms. Simon worked with Appear Here to launch The [email protected] Field, a platform to sign retailers up to leases in 20-sq.-ft. to 200-sq.-ft. spaces, in Roosevelt Field according to a company statement. Appear Here also works with other major landlords such as Macerich.

“When onboarding a new landlord, we ask what brand [landlords] are looking for. That is part of the guidelines,” Layne said. “They might not know the brand that is best for their space. We help guide them.”

Appear Here aims to make the tenant booking process as short as possible, Layne said. The company has a dashboard where they can approve landlords quickly, and provides its own licensing agreement documentation.

“We will follow the demand of our platform in addition to retail trends,” Layne said. “We have our sights set on the West Coast in the near future.”