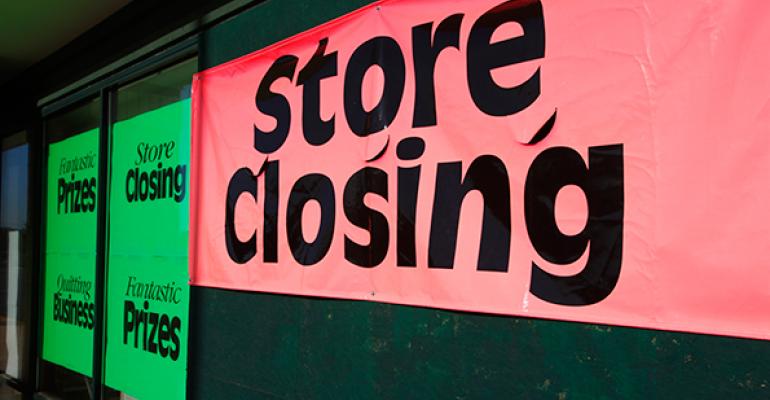 The state of the retail real estate industry has been heavily discussed of late given the rise of e-commerce. Retails sales growth has been tepid throughout the recent recovery, yet e-commerce sales growth has been robust. This has led many a reasonable analyst to think that sales at brick-and-mortar stores have been declining. Indeed, a number of old retail brands have shut down operations across the country.

Few, if any, have analyzed the impact of these store closures on real estate statistics. Having property- level retail real estate data, analysts at Reis have been tracking store closures for the larger, more high-profile brands across the country. In short, the Reis database includes 280 store closures in 59 of the 80 primary retail metros that Reis tracks, totaling 12.8 million sq. ft. of closed stores across the United States. The major brands include Wal-mart, Kohl’s, Sports Authority, Pathmark, Superfresh, A&P, Waldbaums, Haggen and Kmart. Many of these closures were concentrated in a handful of metro areas, including Chicago, Central New Jersey, Northern New Jersey, Philadelphia, Long Island, San Diego and Los Angeles—all of which had more than 400,000 sq. ft. of store closures from 2015 through July of this year.

The report looks at the percentage of inventory that store closures account for and the change in rent growth rates by metro. The purpose of this analysis is to see if and how these store closures have affected rent growth rates. In short, the closures may have impacted these metros, but there is no overall conclusion that can be drawn from the data. It should be noted that this detailed data does not include details on whether or not the store spaces have been re-leased to other users. Some may have been in the interim.

It should be noted that many of the metros ranked in the “bottom 10” are high-end markets that simply had a stronger 2015 rent growth (Portland, Ore., Fort Lauderdale, Fla. and San Jose), while others are markets at the low end of rent levels that have seen very tepid growth (Milwaukee, Wis., Wichita, Kan. and New Haven, Conn.). Likewise, some of the metros that made the “top 10 metros” saw strong growth in 2016, but only in comparison to weak 2015 growth. Metros such as Lexington, Ky. and Hartford, Conn. are improving but still have relatively low rents. Finally, a number of metros that continue to trail others—Rochester, Buffalo and Syracuse, N.Y., St. Louis and Ventura County, Calif.—did not make either list. Rochester, St. Louis and Ventura County all had a store closure, but Syracuse and Buffalo did not for this group of stores. Meanwhile, other top performing metros such as Miami, Austin, Tampa and San Francisco—all of which had at least one store closure—did not make either the top or bottom list. This suggests that rent growth was steady in these metros for the two-year period. The data suggests that to some extent, the closing of stores may have had a marginal impact on rent growth in a few metros. Although one could argue that an already weak retail climate may have led to the slow rent growth in the first place that then prompted the companies to close these stores. Economists call this an endogeneity problem; that is, the variables studied are connected along with other variables, making it difficult to determine how the causality works. Still, this exercise was worthwhile to see that in some cases, such as in Milwaukee, Charlotte, N.C. and Portland, rent growth rates may have fallen due to the sizable number of stores that closed, while in others such as Central New Jersey and Colorado Springs, there was little if any impact of store closures on rent growth. In sum, it really depends on that clichéd yet critical retail concern: location, location, location.

Barbara Byrne Denham serves as an economist with Reis, Inc, a provider of commercial real estate data and analytics.