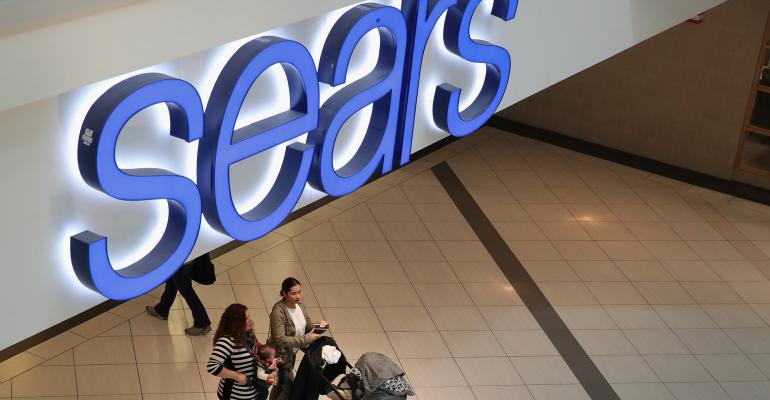 Lampert, Sears Holdings Corp.’s chief executive officer, called this week for the underperforming retailer to stanch the bleeding by paying off certain loans -- many of them owned by his hedge fund -- while swapping other debt for notes that convert to equity. This comes at a time when Sears stock is hovering just above $1 a share, an 87 percent dive in the past year.

“To have debt that’s convertible into equity when the equity is worthless doesn’t appear to be a very attractive proposal at all,’’ said Elliot Lutzker, chairman of the corporate law practice at Davidoff Hutcher & Citron LLP.

Lampert’s hedge fund, ESL Investments Inc., is the retail chain’s biggest shareholder. Because it owns about $2.5 billion in Sears debt concentrated in the category earmarked for repayment, ESL could recoup more than $1 billion under its own proposed plan.

Lampert has been struggling for years to plug the holes in the sinking ship. He’s shuttered hundreds of money-losing stores and promised to close an additional 150 this year, cut more than $1 billion in annual expenses, spun off units such as Craftsman tools and loaned the company his own money. Since 2012, losses have topped $11 billion. ESL’s restructuring plan, announced Monday, is the latest attempt at managing what some investors see as an end game.

“We will now be working aggressively to execute liability management transactions so that we can extend our runway and continue executing on our transformation strategy,’’ Sears said in a Tuesday internal message to employees seen by Bloomberg. “At the same time, we’ll continue to move forward with our other planned liquidity and cost measures.’’

ESL declined to comment but said in its restructuring proposal, “It is in the best interest of all stakeholders to accomplish this as a going concern, rather than alternatives that would substantially reduce, if not eliminate, value for stakeholders.”

When it comes to Sears, Lampert has a history of putting himself first in line. The retailer spun off Lands’ End Inc. in 2014 and Lampert became the clothing manufacturer’s biggest shareholder. Sears has sold properties to a real estate investment trust called Seritage Growth Properties, and Seritage has leased the properties back to Sears. Seritage’s biggest unit holder is ESL.

ESL’s proposal would have Sears repurchase about $1.5 billion in debt backed by real estate assets, and Sears’s most recent regulatory filing shows that ESL owns most of it. Among the real estate-backed debt, Lampert’s fund holds over $1 billion in secured loans and $463 million in mezzanine debt, most of which would be redeemed at full value under its plan.

ESL proposed that Sears sell the real estate of about 200 stores in order to finance the debt redemptions.

While the upside for ESL in the restructuring is money in the bank, the plan’s appeal for smaller creditors is less clear. The retailer’s revenue is shrinking, to $4.4 billion in the second quarter of 2018 from $5.7 billion a year ago and $6.2 billion in the same three months of 2016.

Hoffman Estates, Illinois-based Sears is working with Wachtell Lipton Rosen & Katz as counsel and Lazard Ltd. as investment banker, according to people familiar with the matter who were not authorized to speak publicly. Lazard declined to comment. Wachtell didn’t immediately return a request for comment.

“Sears must act immediately” on a debt plan, ESL said Monday, and should prioritize a solution that avoids bankruptcy court.

A bankruptcy process could deliver substantial fees to advisers at the expense of creditors. That’s been the case in recent retail restructurings that have ended in liquidations.

“He opens himself up to monstrous investigation” if Sears ends up in bankruptcy court, Marwil said. “From Lampert’s perspective, as an insider, the CEO, the largest shareholder, the biggest lender, and having done hundreds of millions if not billions of dollars in transactions to the potential detriment of Sears creditors, he’s at a huge risk in a Chapter 11 proceeding.”

In court, disparate creditor groups could examine Lampert’s past transactions and weigh their merit, and the deals would be judged by the fairness standard, Marwil said.

The fairness standard is a test for determining the validity of conflicted corporate transactions. It requires a company’s directors to show that the transactions were objectively fair.

The ESL proposal does little to fix the retailer’s underlying issues, Noel Hebert of Bloomberg Intelligence wrote in a note Tuesday.