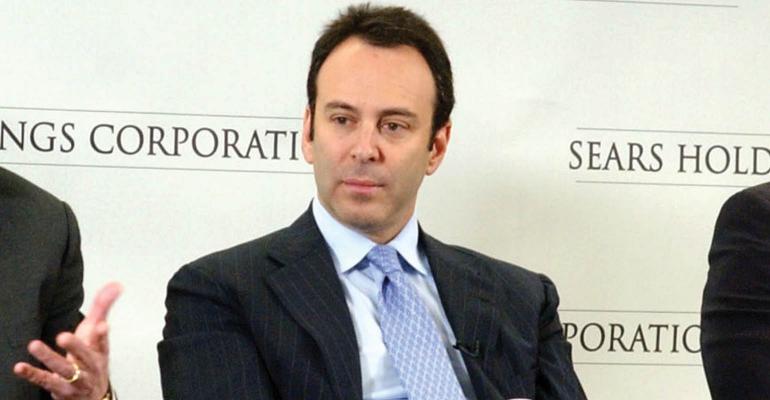 Eddie Lampert will present another bid for Sears later today.

(Bloomberg)—Eddie Lampert is expected to present a new bid for Sears today as talks to save the bankrupt retailer from liquidation continue, according to people with knowledge of the negotiations.

The offer may be introduced to the attendees on the second day of the auction for Sears Holdings Corp., said the people, who asked not to be identified because the discussions are private.

A representative for ESL Investments, the hedge fund run by Sears Chairman Lampert that made the offer, didn’t provide comment. A representative for Sears didn’t immediately respond to a request for comment. Sears is scheduled to file a notice of the auction results with the bankruptcy court on Jan. 16.

Lampert’s bid is part of the bankruptcy auction for the retailer’s assets taking place in the midtown Manhattan law offices of Sears counsel, Weil Gotshal & Manges. Participants have been hesitant to accept his last offer, but are focused more on his proposal rather than bids from liquidators, people with knowledge of the process said Monday.

Monday’s talks were stalled by disagreements including over ESL’s request for release from certain claims, which would insulate Lampert from lawsuits over its previous turnaround deals, said the people. The committee of unsecured creditors, the lowest-ranked creditors in the case, say they could sue Lampert for millions of dollars over deals he made during his time as chief executive of the company.

Lampert has repeatedly pointed to the number of jobs at stake in seeking support for his plan, making some lenders wary of being blamed for the collapse of the iconic chain if they refuse to provide funds.