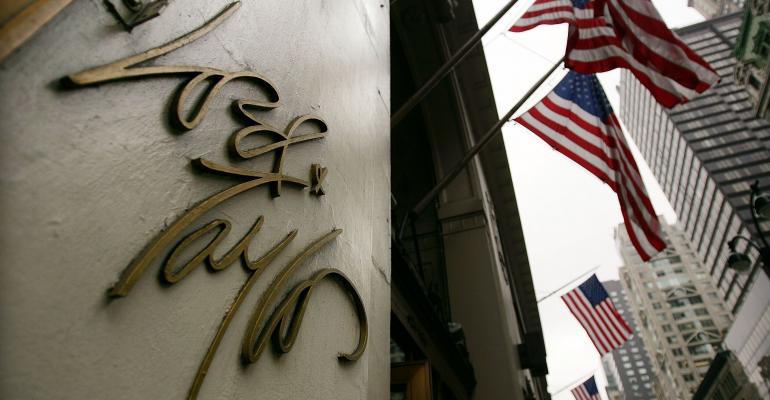 (Bloomberg)—Hudson’s Bay Co., the owner of Saks Fifth Avenue, said it will close as many as 10 Lord & Taylor stores -- including the flagship Manhattan location -- in an attempt to revive its struggling units.

The closures will occur through 2019, the company said Tuesday. Hudson’s Bay had originally planned to keep a Lord & Taylor presence in the Italian Renaissance building on Fifth Avenue, which it agreed to sell for $850 million in October. The store opened there in 1914.

“An increased focus on driving Lord & Taylor’s digital business, combined with new leadership and an optimized store footprint, is expected to reduce costs and improve the overall performance of this business,” Hudson’s Bay said in a statement Tuesday.

The Canadian department-store company, which agreed to sell flash-sale website Gilt on Monday, reported a normalized loss of C$1.22 a share that was wider than analysts’ estimates of 76 cents. Comparable store sales fell 0.7 percent in the quarter ended May 5. The results sent the shares plunging as much as 13 percent in Toronto, the most since December. The stock was down 3.6 percent to C$10.24 at 10:58 a.m.

New Chief Executive Officer Helena Foulkes is adding to measures to turn around the company that have included job cuts, unloading a minority stake to a private equity firm to reduce debt, and striking partnerships with Walmart Inc. and WeWork Cos.

Saks Fifth Avenue was a bright spot for HBC, with same-store sales increasing 6 percent last quarter. In contrast, that measure was down 6.6 percent at its European chains, which Foulkes said was partly due to bloated inventories. She said she reorganized management there to have experienced executives run different regions and report directly to her.

“The actions we have taken show that we are serious about improving results and better positioning HBC to deliver profitable growth,” Foulkes said on the call, adding several times that “everything is on the table” to help turn the company around.