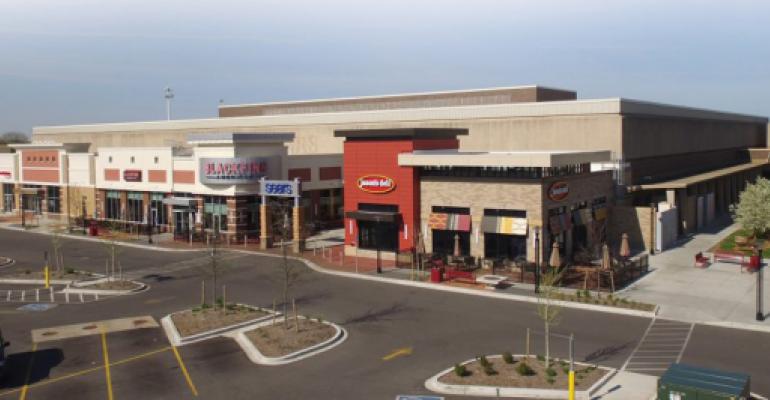 In this depressing landscape, there is at least one player still willing to take the risk: local governments hungry for tax revenues.

(Bloomberg)—At the Brookfield Square mall in Wisconsin, the landlord, CBL & Associates Properties Inc., needed a new occupant for a fading Sears. CBL had been tinkering with the mix for the past few years. Earlier, in 2008, it completed a 20,000-square-foot expansion, adding grocery stores and restaurants and renovating the interior.

In the end, it found its tenant: the city of Brookfield.

The local government plans to step in to build a conference center and hotel. By creating a hub for small and medium-size conventions on 9 of the 29 acres currently occupied by Sears, the city hopes to boost CBL’s efforts to reinvent the property, the largest taxpayer in Waukesha County. The idea is a greater focus on entertainment, recreation and business, according to Daniel Ertl, director of community development for the city of about 38,000.

“The Sears store is really a shadow of what it used to be,” Ertl said. “We encourage CBL to continue to reinvent themselves. God knows where retail is going to be in 20 years.”

As online shopping upends the retail business, the pool of buyers for properties is drying up. Sales of malls and other types of shopping centers are at the lowest level since 2012, according to Real Capital Analytics Inc., a real estate research firm. The drumbeat of negative news for brick-and-mortar stores is taking a toll on shares of mall operators, which have tumbled 17 percent this year, according to a Bloomberg index.

In this depressing landscape, there is at least one player still willing to take the risk: local governments hungry for tax revenues. Developers incorporating additions such as housing and parks in their plans are turning to public partners to help rehabilitate the aging retail meccas that dot the U.S. Public subsidies have been part of retail development for decades, but with landlords pouring billions of dollars into renovation to battle a wave of store closures, public-private partnerships are more urgent, and more fraught, than ever.

For Stephen Lebovitz, chief executive officer of Chattanooga, Tennessee-based CBL, Brookfield may be the answer.

“The addition of a convention center and hotel will be a real shot in the arm for the project,” he said, “and speaks to our long-term strategy of diversifying the mix at our properties.”

To draw consumers with experiences they can’t find online, retail-property owners are slashing the amount of space dedicated to stores and are spending on everything from hotels and apartments to upscale restaurants and skating rinks. More than $8 billion has gone into such projects during the past three years, according to brokerage Jones Lang LaSalle Inc.

These expansive developments often secure additional public financing through various forms of tax arrangements and incentives, as well as infrastructure spending for things like parking garages. Such funding has become an important element of the capital stack for every developer, according to Jami Wadkins, chief financial officer of Bayer Properties, a real estate company that develops and manages retail real estate.

In Birmingham, Alabama, Bayer worked with the city government to transform the site of the Pizitz, a historic department store that closed in 1987. The Pizitz, which Bayer bought as a vacant building in 2000, was in a rundown neighborhood that lagged behind the revival occurring in other areas of downtown.

Numerous plans ended up on the scrap heap before federal and state aid was secured to build a mixed-use community, which opened in 2016. The development houses 143 residential units -- now 90 percent occupied -- a co-working space, a food hall and retailers, including Alabama’s first Warby Parker.

The project cost was $70 million, including public and private funds. Bayer was able to obtain a low-interest loan from the U.S. Department of Energy, as well as tax credits from the state. The city paid to refurbish the landscaping in the area, including the sidewalks and street lamps, according to Wadkins.

“If you can put a plan together for a city that doesn’t put the city at great risk, then they will invest with you,” Wadkins said.

Local government is “a very prevalent option,” said David Kitchens, an architect with Cooper Carry, which has worked with mall landlords on large-scale redevelopments. “The ability to turbo-charge these sites is very important to all parties, including the community.”

In Brookfield, 13 miles west of Milwaukee, the city is using tax-increment financing, or TIF, a common tool for municipalities to subsidize development by putting property taxes from new projects into a fund that pays for building costs. These funds will be used to build the convention center, as well as to do environmental cleanup at the site of the Sears Auto Center, according to Ertl, the director of community development. The city will also sell bonds to raise cash, he said.

Public assistance isn’t doled out to developers without good reason, Ertl said. Brookfield government officials combed through CBL’s books and cash-flow analysis to make sure the project met the “but for” standard, Ertl said -- but for help from the city, the landlord’s plans wouldn’t be economically feasible.

Navigating local politics is always a tricky proposition, and the outcome often depends on a city’s experience with funding real estate developments, according to Andrea Olshan, CEO of Olshan Properties, a New York-based real estate firm that started 50 years ago as a mall company. A developer has to strike a balance, convincing local government that the project requires public assistance to succeed, but avoiding the impression it’s so far gone that it could end up becoming an albatross, she said.

“If you are looking to reposition something, it’s because there is a need, and a deficiency and a problem,” she said. “The recipient of your request is now nervous.”