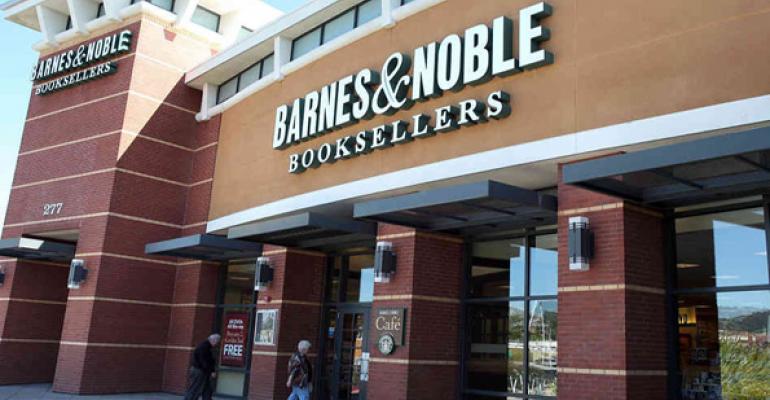 Industry experts say the company may face a long road ahead on the way back to health.

Barnes & Noble is without a CEO once again.

The troubled big-box book chain terminated CEO Demos Parneros for “violations of the company’s policies,” according to a July 3 company press release. He was the company’s fourth CEO in the past five years.

The company said the action was taken by its board.

"Parneros' termination is not due to any disagreement with the company regarding its financial reporting, policies or practices or any potential fraud relating thereto," the company said. Parneros will not receive any severance payment, and he’s no longer on the board. No further information was provided.

Parneros joined Barnes & Noble in November 2016 and was promoted to CEO in April 2017. He previously served as an executive at Staples.

“Violation of company policies could mean anything, but being abruptly fired without severance is not good,” says Ben Terry, vice president of retail brokerage at the Coreland Cos., a real estate services company based in Tustin, Calif. “They better find a CEO that shares the vision, [including rightsizing their stores and increasing their omnichannel presence], and can compete with Amazon, otherwise they could be toast.”

The company said it will begin a search for a new CEO, and in the meantime, a leadership group was appointed to handle the CEO’s responsibilities.

The struggling retailer, which operates 630 bookstores, has been getting beat up by online competition for years, with Amazon its primary competitor. It’s suffering from decreasing foot traffic, store closings and declining sales, while Amazon is expanding into the bricks-and-mortar space and opening its own bookstores.

Barnes & Noble reported a 5.4 percent drop in same-store sales in the past fiscal year. Total sales dropped by 6.0 percent to $3.7 billion, and the company recorded a net loss of $125.5 million compared to a profit of $22 million the year before.

Before his firing, however, Parneros said he was optimistic about the chain’s prospects and targeting new initiatives to bump up store traffic and sales.

“Turnaround plans take time,” Parneros said on the company's fourth-quarter earnings call in June, which was transcribed by Seeking Alpha. “And while our performance has been somewhat disappointing, we began to make steady progress in fiscal 2018.”

Parneros said the company improved its omni-channel capabilities through the launch of its ship-from-store program and implemented a $40 million cost reduction program. He also said there were opportunities to expand the retailer’s toys and games business and revamp its gift business. The former CEO was looking at a smaller, more flexible store prototype with more focus on the customer experience and food. He planned to gradually roll out smaller stores with more cafes and restaurants.

Is a turnaround possible?

Industry experts say the company may face a long road ahead on the way back to health.

“While Barnes & Noble has made some effort to reinvigorate itself, the results to date have been unimpressive,” says Neil Saunders, managing director and retail analyst at research firm GlobalData Retail. “The main reason for this is that new ideas, such as smaller store formats and the Barnes & Noble Kitchen concept, are small drops of change in an ocean of inertia. Most of Barnes & Noble’s stores feel tired, are too large and too cluttered, and do not offer the consumer any compelling reason to visit and buy. Even the Starbucks cafes, which are in most shops, are unappealing and rather dispiriting. Barnes & Noble is simply struggling to pull in consumers.”

Saunders says against this backdrop, it’s inevitable that more stores will close. Some are in locations that no longer work economically.

“In a sense, Barnes & Noble needs to slim down in order to survive,” Saunders says. “But slimming down is not just about stores; in my view, the company should also ditch its Nook division, which has been damaging to profits.” (Barnes & Noble released the Nook e-reader to compete with Amazon's Kindle).

Terry says downsizing stores puts the retailer on the right track, and increasing its omni-channel capabilities is critical, “if they can get their online sales up and figure out a better delivery system”

“Barnes & Noble really has an opportunity to redevelop themselves,” he adds.

“They’re three-year, short-term renewals,” she notes. “At least they’re renewing and staying in place. But they all want to downsize. They’re too big. If they can condense their space, I think there are still enough people who want books—not just Kindle or reading books online.”

Barnes & Noble is the last big bookstore, and once the category killer categories are whittled down to one or two competitors, their existence still makes sense, Meyer says.

The company also closed a number of stores, letting their leases expire, so there’s “not too much cannibalizing,” she adds. “They cleaned that part of it up. So if they’re not too close to each other and they don’t have too many in a market, I still think that they can survive.”

What if they do end up bankrupt?

Saunders says Barnes & Noble has large units, and it would be hard for landlords to find new tenants of that size, especially ones that were similar to Barnes & Noble in terms of product mix.

From a re-leasing standpoint, many stores are spread over two levels, so “it’s not like a simple Toys ‘R’ Us box where you can reposition it,” Terry says. “You have a second story, so there’s a little bit of a challenge there. Do you convert it to office? Do you do retail on the bottom floor? The second floor could be entertainment or maybe a gym.”