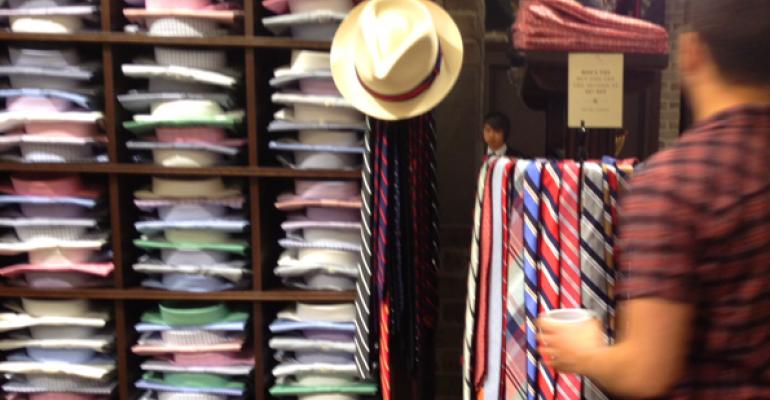 U.S. retailers continue to up the number of stores they plan to open over the upcoming two-year period, to 83,749, according to National Retailer Demand Monthly Reportfrom RBC Capital Markets. The number represents a year-to-date increase in store opening plans of 2.1 percent.

Toy stores, men’s clothing stores, hobby stores and pawn shops remained at the top of the list for retailers that plan to grow the most as a percentage of their existing store portfolios. Toy stores, for instance, upped the number of their expected store openings over a 24-month period by 17 percent since December, to 332 from 132.

Men’s apparel sellers, including Jos. A Bank, Destination XL and Brooks Brothers, now plan to open 334 new stores, as opposed to 252 in December. Crafts retailers as a group increased the number of new stores they planned to open by 3 percent during the period, to 195. 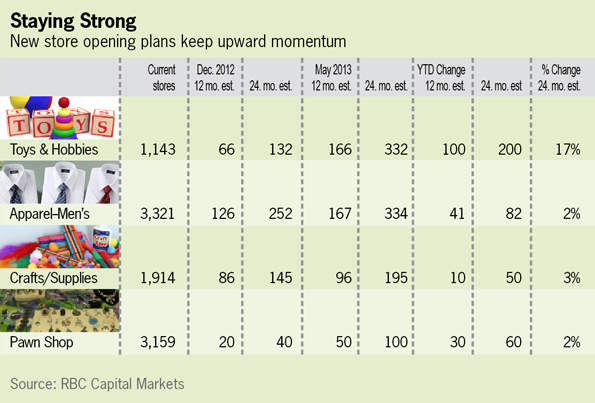