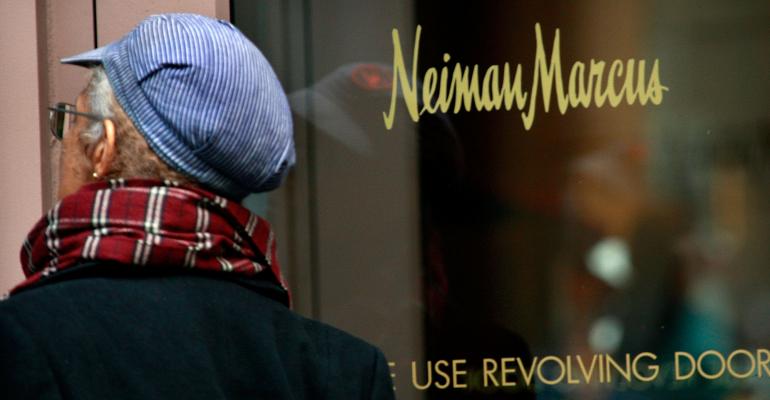 More than half of Neiman Marcus’ term lenders and unsecured noteholders have agreed to a deal to extend its debt maturities.

Neiman Marcus said in a statement that more than 55 percent of its term loan lenders and more than 60 percent of its unsecured noteholders had signed on to a transaction support agreement. It needs approval from at least 95 percent of both groups to complete the transactions, although the company can lower those thresholds. The retailer has been looking to restructure its debt since at least last year.

The company has a $2.8 billion loan due next year. The transactions would extend the loan maturity to 2023, subject to conditions, and its unsecured notes to 2024, with the latter happening through a debt exchange. Neiman said it expects to start an exchange offer for the notes in April, and scheduled a conference call to discuss the proposed transaction at 4 p.m. New York time on Monday.

“What everyone needed here is time, and time is what they all got,” said Noel Hebert of Bloomberg Intelligence. “If this was a liquidity issue, that would be one thing -- but it is a maturity wall issue -- Neiman’s liquidity and debt service are fine,” he said.

The company said in September it had moved its MyTheresa online retailing unit to a place in its capital structure that effectively left the business out of the reach of creditors. Hedge fund Marble Ridge said the transfer was fraudulent and sued. A state judge dismissed its suit last week.

Neiman Marcus offered $250 million of preferred equity in MyTheresa as part of its proposal to bondholders. A holdout group including Marble Ridge said earlier this month that it wanted $500 million of the preferred equity. On Monday, the hedge fund said in a statement that the proposed transaction would strip hundreds of millions of dollars out of the company for the benefit of private equity owners, and increase interest expenses.

In the latest proposed transaction, unsecured noteholders that participate in the exchange would get $250 million of preferred equity of a U.S. holding company linked to MyTheresa. Noteholders would also receive new third-lien notes due 2024 with collateral including a first claim on $200 million of unencumbered real estate and a third-lien interest on the expanded term loan collateral, Neiman said.

Lenders who agree to the amendment would get paid back $550 million, funded in part by the issuance of new, full-committed second lien notes. Any term loan holders that don’t participate would end up with lower claims on the company’s assets than the lenders that do, the company said. Also, any term lender or unsecured noteholder who does not participate in the deal would be unable to participate in a transaction on similar terms in the future, Neiman Marcus said.

After completing the transactions that parties have agreed to, claims related to Neiman Marcus’s transfer of MyTheresa would be dropped, and investors that didn’t participate in the deal would be precluded from bringing claims, Neiman Marcus said.

So far, about 57 percent of term loan holders and 61 percent of noteholders have agreed to the restructuring, the company said in a presentation that also featured a fashion photo of a man dressed as a sailor kissing a woman, in an apparent reference to Alfred Eisenstaedt’s “V-J Day In Times Square” photo. The approving creditors hold more than $2.5 billion of the company’s debt.

The company’s senior unsecured notes due 2021 with an 8 percent coupon traded at around 55 cents on the dollar last week.