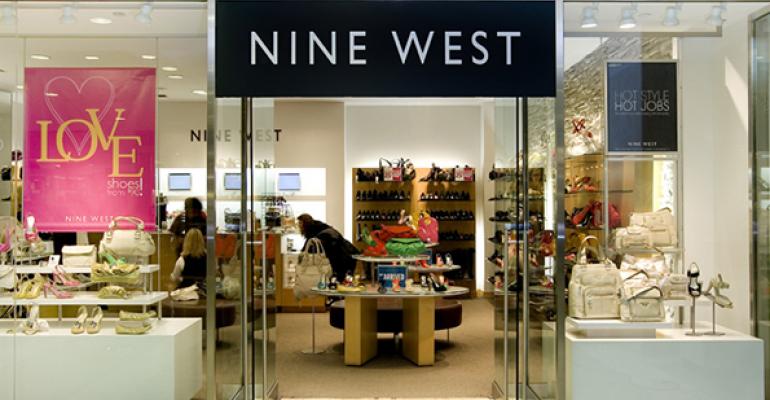 Nine West would seek Chapter 11 court protection with a restructuring plan agreed upon in advance by its creditors.

(Bloomberg)—Nine West Holdings Inc. and its creditors are closing in on a deal to restructure almost $1.5 billion of debt that would include filing for bankruptcy and selling off parts of the shoe and clothing retailer, according to people with knowledge of the negotiations.

The plan hinges on asset sales to pay off creditors, according to the people, who asked not to be identified because the negotiations are private. Nine West would seek Chapter 11 court protection with a restructuring plan agreed upon in advance by its creditors, said the people. The goal is to file before a March 15 interest payment, they said.

First-lien lenders would likely be repaid in full, with second-lien lenders getting the majority of the equity in the reorganized company, according to one of the people. A small portion of the equity would go to holders of the retailer’s bonds, the person said. Nine West’s 8.25 percent notes due 2019 traded Monday at 11 cents on the dollar, according to Trace bond-price reporting data.

A representative for Nine West and its private equity owner Sycamore Partners LLC declined to comment. Chapter 11 bankruptcy allows a company to stay in business while it works out a plan to repay its creditors.

Nine West, led by interim Chief Executive Officer Ralph Schipani, doesn’t have any debt maturing until 2019, but then it would have to refinance around $1 billion, including a term loan, an asset-based revolver and unsecured bonds. The retailer has one of the highest leverage ratios in the industry, with debt exceeding 19 times adjusted earnings, according to Moody’s Investors Service. Nine West has been negotiating with its creditors at least since last year, when lenders and bondholders organized with advisers.

Three groups of creditors hired their own advisers for negotiations, Bloomberg previously reported. One set of secured lenders is led by KKR & Co. and Farmstead Capital Management; a separate group of holders with both secured and unsecured term loans includes Carlson Capital and CVC Credit Partners. Brigade Capital Management, also a creditor, hired its own advisers.

The 40-year-old brand, named for its original Manhattan street address, aimed to meld comfort and fashion. The vagaries of the latter led to setbacks that eventually resulted in its purchase by Sycamore, known for turning around deeply distressed retail brands. Sycamore bought Nine West as part of its $2.2 billion acquisition of Jones Group Inc. in 2014.

Since its founding in 2011, the New York-based private equity firm has snapped up, financed or invested in struggling retailers such as Staples, the Belk department-store chain and Talbots. Some of those didn’t end well: Coldwater Creek liquidated after filing for bankruptcy in 2014, and in 2016 Aeropostale sued the firm, accusing lender Sycamore of pushing it into bankruptcy.

Nine West would be only the latest in a string of retail bankruptcies. Last year’s filings included specialty clothing chain Gymboree Corp. and toyseller Toys ‘R’ Us. Department-store chain Bon-Ton Stores is also preparing to file for bankruptcy early this year, Bloomberg reported this month.