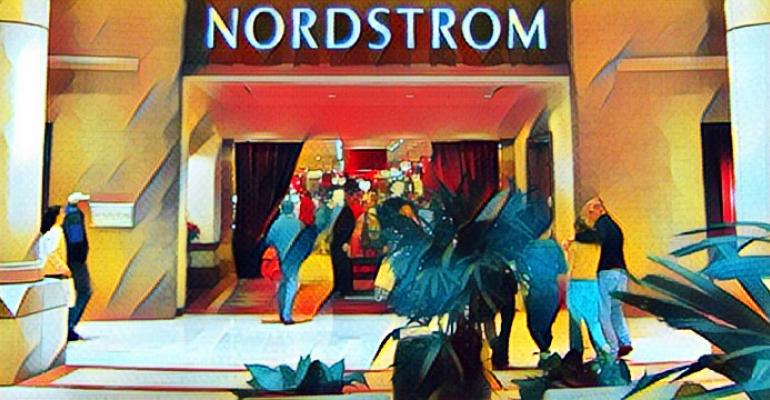 After the company’s founding family put together an offer of about $50 a share in cash, Nordstrom’s independent directors spurned the deal on Monday, saying the price was too low.

(Bloomberg)—A rejected takeover bid that valued Nordstrom Inc. at about $8.4 billion is pitting the department-store chain’s board against its top executives.

After the company’s founding family put together an offer of about $50 a share in cash, Nordstrom’s independent directors spurned the deal on Monday, saying the price was too low. The board members, who formed a special committee to evaluate a possible transaction, warned the would-be buyers to quickly increase their offer or move on.

This is no ordinary takeover battle. The group representing the founding family includes the retailer’s highest-ranking executives: co-presidents Blake Nordstrom, Peter Nordstrom and Erik Nordstrom -- a triumvirate that operates in place of a traditional chief executive officer. They’re up against their own independent directors, such as JPMorgan Chase & Co. executive Gordon Smith and TaskRabbit Inc. CEO Stacy Brown-Philpot.

“Everyone wants the best deal,” said Poonam Goyal, an analyst at Bloomberg Intelligence. The clash also may help draw rival bidders into the fray, she said, potentially sending the price above $50. “They’ve set a floor, for sure.”

Though the board’s announcement sent the shares down as much as 2.1 percent to $50.81 on Tuesday, they remained above the proposed bid price. The stock been up 9.5 percent this year through Monday’s close, bolstered by the buyout speculation.

The decision represents the latest setback to the family’s effort to take the 117-year-old retailer private. The Nordstroms had embarked on the plan last June, sending the stock on its biggest rally in more than eight years. The idea was to remove Nordstrom from the glare of public markets and complete a turnaround of the business, which has been hurt by an industrywide slump.

But members of the group struggled to get a deal done. They suspended the effort in October after failing to get favorable financing terms, vowing to take up the campaign again once the holiday season was over.

Now the family is facing a public rejection from a company where many of them work every day. The group attempting the buyout also includes Chairman Emeritus Bruce A. Nordstrom; James F. Nordstrom, president of stores; and Anne E. Gittinger, a granddaughter of co-founder John W. Nordstrom.

For the moment, the special committee has told advisers and management not to provide any more due-diligence information to the group. Centerview Partners LLC is serving as financial adviser to the directors, with Sidley Austin LLP acting as legal counsel.

“The price proposed is inadequate,” the retailer said in a statement. “Unless the group can promptly and substantially improve the price it is proposing to pay for the company, the special committee intends to terminate discussions.”

The family members, who own about 31 percent of the shares, argue that the bid is generous when compared to the stock price before they announced the buyout plan in June. At the time, the shares were trading at $40.48, meaning the $50 bid represented a 24 percent premium.

The family is willing to contribute about $2 billion worth of their own shares to the deal, and they’ve been working with private equity firm Leonard Green & Partners LP to line up funds. The investment firm, together with affiliated funds and partners, would commit up to $1.5 billion to $2 billion, the group said on Monday.

In February, the family presented proposals from 10 lending firms that indicated $7.5 billion was available in debt financing for a transaction. Representatives of the family also are holding “active discussions” with other potential sources of capital.

“We firmly believe that such a proposal involving a continued controlling interest held by the family would represent an attractive outcome for Nordstrom, its shareholders, employees, customers, vendors and the communities in which Nordstrom operates,” the group said in a letter to the board.

“A transaction would ensure that the company has the flexibility to successfully navigate a challenging retail landscape at a critical time when the public market for retail stocks is highly volatile and increasingly focused on short-term results and risks,” the family said.

Nordstrom got a taste of that volatility when it released its fourth-quarter earnings last week. The results were mixed, with profit missing analysts’ estimates but sales performing better than expected. The report sent Nordstrom shares tumbling in late trading on Thursday, but the stock more than recovered the next day.

Going private also would make it easier for Nordstrom to experiment. When the company announced plans last year to open a small store that wouldn’t carry inventory -- acting instead as a showroom for items that shoppers could get shipped to them -- investors slammed the idea. On Monday, the company made another attempt to shake up its operations by teaming up with Urban Outfitters Inc.’s Anthropologie to sell housewares in some stores.

Even with the upheaval, investors like  Bill Smead are more focused on getting a sweetened offer. The chief investment officer of Smead Capital Management Inc. says he wants the price to go at least $10 higher before he’ll consider a deal.

He also applauded the special committee for blocking the $50 bid. Broader retail woes have led the market to treat a company like Nordstrom as an “ugly stepchild,” but it has good prospects, Smead said.

“I’m not mad at them for wanting to go private, but they’ve got to pay me $60 or more,” said Smead, whose firm has $2.3 billion in assets under management. “The independent directors are looking out for my interests.”