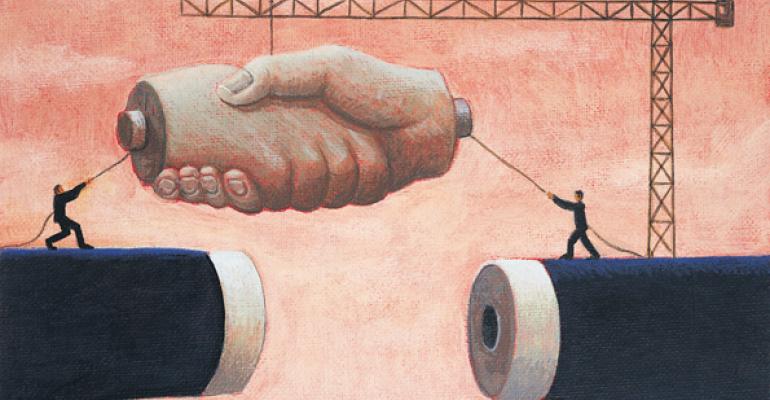 Regency Centers/Equity One Merger an Outlier in the REIT World

Regency Centers/Equity One deal is shaping up to be a landmark merger, creating the largest REIT in the grocery-anchored shopping center space. After the deal is closed as expected in 2017, the combined company will have a total market capitalization of $12 billion, easily moving it past current sector leader Kimco Realty Corp., whose market cap is about $11.1 billion.  The combined company will dominate its sector, with 429 high quality properties in dense, affluent markets, according to a statement from Regency Centers, based in Jacksonville, Fla. What’s more, Regency Centers’ and Equity One’s portfolios are expected to have only moderate geographic overlap, particularly in South Florida and California, according to Moody’s Investors Service.

Despite the positive attributes of the deal, however, the market should not expect to see a ramp-up in M&A activity in the sector.  Due to very unique aspects that underpin acquisitions in the sector, REIT-to-REIT transactions are rare and very company specific, sources say. They often happen because the target company is entangled with a corporate transition, or has vulnerabilities around its portfolio, management, stock price or any combination of those factors, according to Steven Marks, a managing director and head of U.S. REITs for Fitch.

“In many ways that is what makes the transaction attractive to the buyer, who is usually in the same asset class,” Marks says. “They are able to value the portfolio.”

REITs targeted for an acquisition or merger often have high exposure to speculative development projects, and a weak stock multiple compared to the acquiring company. Yet none of those issues are weighing down Equity One. Also, Equity One Chairman Chaim Katzman leads a young and well-respected management team that improved the company’s portfolio quality by enhancing its operational and geographic focus, according to Fitch.

With a portfolio of about 123 properties, including 98 retail and five non-retail assets, Equity One might seem like a tempting target for a third party hoping to expand by capturing a high-quality quality portfolio. Don’t expect such a plot twist to happen, however, Marks says.

“In virtually no circumstances has the target company been acquired by someone else,” he notes. The market can expect for Regency Centers and Equity One to complete their merger agreement come next year, he notes.

If the deal closes as expected, in early 2017, the result will be a grocery-anchored shopping center REIT with 429 high quality assets, modest leverage and a strong financial position, according to Moody’s.

A bustling privatization market lies ahead

Recent REIT-to-REIT merger and acquisition activity among publicly-traded companies isn’t likely to beat any records, but the privatization market is expected to be a lot busier. The factors underpinning REIT privatization are still at play, including plentiful capital and the trend of REITs trading at discounts to net asset value (NAV), according to Fitch.

These conditions are expected to boost activity, Marks says.

Companies looking to target unlisted grocery-anchored developers or to privatize publicly-traded REITs will need to be financially savvy in order to compete with other buyers in a lower cap rate environment. Grocery-anchored REITs have very tight cap rates, relative to the total retail universe, coming in at 6.6 percent in the third quarter of 2016, compared with 6.4 percent for total retail cap rates, according to data from research firm Real Capital Analytics (RCA).