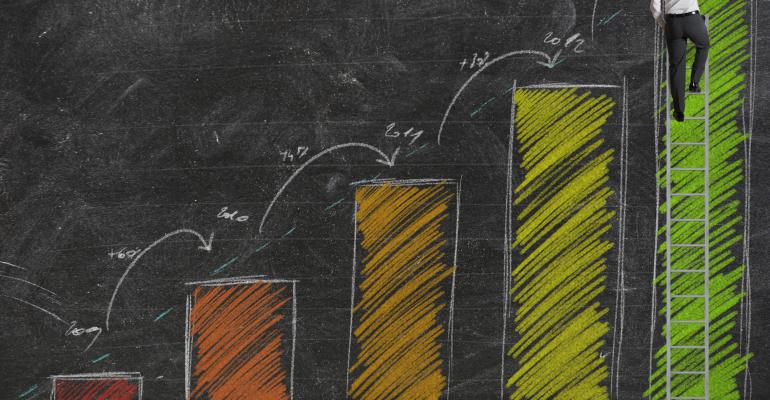 That’s the direction rental rates for retail properties have been going for the past several years. In fact, rates in some core and urban markets have even surpassed the previous cycle’s peak. So now the question is: can landlords continue to increase rents without tenants pushing back?

“It has been a landlord’s market with rents increasing, and I think there’s still steam in the engine,” says Robert Cohen, vice chairman of national tenant representation firm RKF. “For the retailers that signed leases at the bottom of the market during the recession, it’s going to be painful for them to renew in place. It’s going to be a bitter pill, and they may not be able to swallow it.”

Ryan McCullough, senior real estate economist with CoStar Portfolio Strategy, says the numbers indicate just how much more this type of retail is in demand relative to last cycle.

“This trend has been driven by the increasing urbanization of America,” he says. “We are seeing incomes and population growth rise disproportionately in cities over the past decade, and we believe the trend will be sustained by the high level of apartment construction in urban cores going forward.”

RFK’s Cohen has seen the proof of CoStar’s data. In Manhattan’s Soho shopping district, for example, one of his long-time retail clients is closing its location after a successful 10-year stint because of a rental rate increase. He declined to disclose the tenant or the landlord, but shared the details of the situation.

“This store is the retailer’s number one store in the U.S., and the rental increase would have wiped out all of that store’s profit,” Cohen says, adding that the retailer even opened its books to the landlord to prove its inability to absorb the increase. “The landlord got greedy… said they were going to test the market instead of negotiating with the current tenant. And now we’re tasked with finding the next emerging market.”

“Tier I markets have exhibited stronger rent growth [because] they offer greater population density, which has held an especially strong appeal for retailers over the past several years,” he says.

For the past 10 quarters, core markets have outperformed all markets in terms of rental rate growth, according to CoStar. During the second quarter 2015, for example, these markets posted an increase of 5.4 percent compared to 2.6 percent for all markets.

“So Tier I or gateway markets will naturally be perceived as stronger,” he says, adding that occupancy levels are increasing across InvenTrust’s portfolio, which consists of 108 multi-tenant retail properties totaling 15.5 million square feet of retail space in 24 states.

Part of the increase can be attributed to lack of new retail development, Collins contends, which has resulted in limited supply in high-demand markets. And he is quick to point out that certain retail concepts thrive in secondary and tertiary markets. With the lack of development in those markets, there is still competition for limited available space, he notes.

Collins says that increasing rental rates is a “realistic outcome” as long as property fundamentals remain strong and tenants are seeing sales growth. Retailers are also re-evaluating their occupancy costs based on how much the stores contribute to their overarching omni-channel strategy.

“We sometimes hear from our retail partners that the brick-and-mortar sales are good at a particular location, and their e-commerce sales have increased in the market area since the store opened,” Collins says. “So the rent on a single location is a smaller amount of the retailer’s operating expenses when considered as part of the whole market’s sales.” 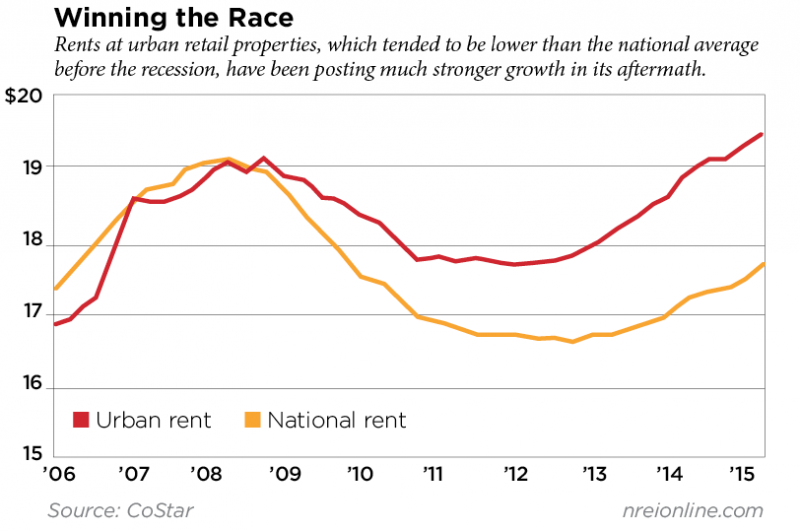