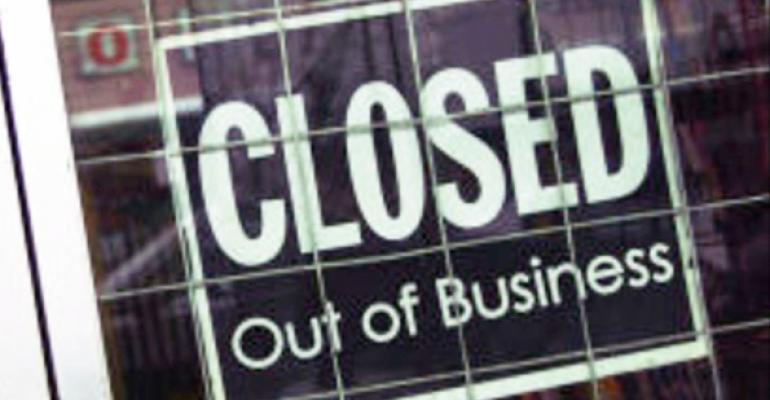 (Bloomberg)—Reeling from a shaky holiday season and slowing mall traffic, U.S. retailers are facing increasing pressure to close stores as more of their business migrates to the internet.

More than 10 percent of U.S. retail space, or nearly 1 billion square feet, may need to be closed, converted to other uses or renegotiated for lower rent in coming years, according to data provided to Bloomberg by CoStar Group. That’s on top of about 5,000 stores that have been shuttered in the past 18 months, an estimated 50 million square feet of space, according to Clarion Partners.

“There’s probably more to come,” said Tim Wang, head of investment research at Clarion, which has about $44 billion in real estate under management. “I’m sorry to say that, but if you look at the picture for overall retail, it’s not good at all.”

Some of the industry’s biggest names, including Sears Holdings Corp. and Macy’s Inc., have said they would shut weak locations this year. Other companies have filed for bankruptcy or are considering it, including The Limited, once one of the most powerful chains in the mall industry.

One problem facing U.S. retailers is that there are too many stores. The nation has about 24 square feet of retail real estate per capita, according to data compiled by Clarion. By comparison, Canada has only 16 square feet per person.

Consumers boosted spending this past holiday season, but most of the increase came from deep discounts and online purchases. Overall spending rose 4 percent to $658.3 billion during November and December, beating a 3.6 percent projection, according to the National Retail Federation. Nonstore sales, an indicator of online transactions, jumped 13 percent.

The spending spree didn’t extend to every retailer in the mall, especially the anchor stores. Macy’s reported disappointing sales in the holiday period, and the company announced a plan to slash 6,200 jobs. It previously said it would close 100 stores, with 68 of those shutting down this year. That move will eliminate an additional 4,000 jobs. Sears also announced a move to shut stores after a holiday sales slump. The department store chain will close 150 locations.

Those closures amount to about 28 million square feet, according to a report by Suzanne Mulvee, a retail strategist at CoStar.

Since Black Friday, the day after Thanksgiving that marks the unofficial beginning of the American holiday shopping season, Macy’s and Sears shares have each lost about a third of their value. Macy’s stock is already down more than 17 percent so far this year.

With retail rents on the rise due to record-low vacancies, and e-commerce continuing to generate more sales, more stores going dark is inevitable, said Marshal Cohen, chief industry analyst at NPD Group. Now that so many retailers have announced closings, investors may be less skittish when a company does the same, he said.

“This is now a commonplace opportunity for retailers to evaluate and cleanse, looking at every single store and determining whether or not they need that,” Cohen said. “When so many are doing it, they don’t look so bad. It’s almost wrong if you don’t close a store.”

For some, the closures are part of a broader reorganization. BCBG Max Azria Group Inc., the glitzy fashion house founded by designer Max Azria, is looking to close stores and restructure. The Limited, a closely held women’s apparel retailer, shuttered all 250 stores before it filed for bankruptcy protection last week.

Still, for surviving retailers, many of the closures may instead help balance their portfolios as more sales shift online, said Logan Rodriguez, a sales director at Square Root, a provider of specialized software for retailers. In fact, 41 of the 68 identified Macy’s closings are within 10 miles (16 kilometers) of a sister store, according to CoStar.

“With Sears and Macy’s, when you look at the actual doors that are closing, they’re in markets that are a little more challenging than others or there are larger locations within a couple of miles of those locations,” Rodriguez said. “I don’t think it’s going to be a net loss for those brands.”

Kenneth Cole Productions, a fashion house and shoe company founded more than three decades ago, is closing almost all its stores to focus on its international and e-commerce sales. The retailer will shutter its 63 outlet stores, leaving Kenneth Cole with just two full-priced stores in the U.S. following an earlier paring of those locations.

“Brick-and-mortar retailers may be at a watershed moment, as plunging market share and store traffic force fundamental changes to a 100-year-old model,” Bloomberg Intelligence analysts Poonam Goyal and Jeffrey Langbaum wrote in a report. “Getting smaller may be the new path to success.”