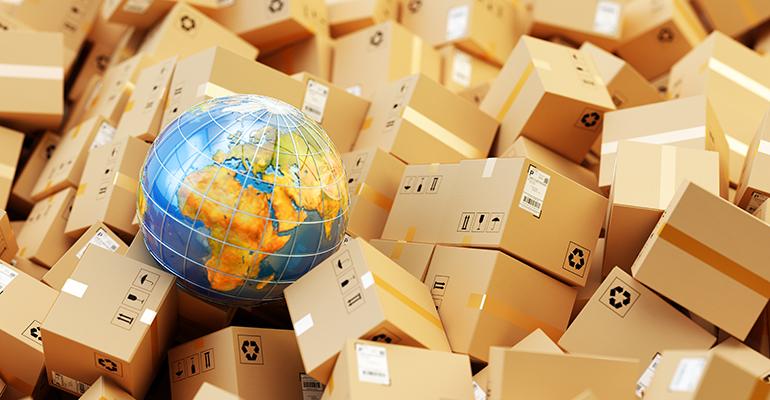 (Bloomberg) — U.S. retailers are coming off one of the worst Christmas-shopping seasons in recent memory, and now they have to deal with Paul Ryan.

The Republican House Speaker is pushing a corporate tax overhaul that would make imports more expensive, according to the retail industry. If that comes to pass, it would drastically cut into the already-thin profit margins of chains like Best Buy Co. and Wal-Mart Stores Inc. that sell loads of foreign-made goods.

That’s putting it mildly. Retailers are getting hammered on multiple fronts. States have been passing minimum-wage increases that are putting pressure on labor costs. Amazon.com Inc. and other web players continue to take market share, leading to dramatic declines in visits to many malls. Shoppers also have shifted spending toward their homes and experiences while becoming better bargain hunters.

The fourth quarter, which for retailers runs from November through January, was the third time in four years that the industry’s earnings declined for that period, according to Retail Metrics. Not even the highest consumer confidence in more than a decade, rising incomes and a surging stock market could save retailers’ Christmas.

J.C. Penney Co. and Macy’s Inc. announced massive store-closure plans, which will ripple throughout the industry because their locations anchor shopping malls. Target Corp.’s stock fell the most since the depths of the recession in 2008 after the company said it would cut prices to win more customers. Even L Brands Inc., often considered one of the better-performing U.S. retailers, isn’t immune as its flagship business, Victoria’s Secret, struggles.

Ryan’s tax plan, which includes the border-adjustment provision that has the retail industry so worried, is just a blueprint. President Donald Trump hasn’t said whether he supports the idea. Within the White House, there is division -- with a contingent led by top strategist Steve Bannon in favor, and National Economic Council director Gary Cohn and Treasury Secretary Steve Mnuchin opposed -- according to a senior administration official. Several Republican senators have raised doubts too and are working on alternatives.

There has been a lot of debate among corporations about how the border-adjustment tax, or BAT, would work. Supporters, which include net exporters such as General Electric Co., say a rise in the value of the dollar would offset the increased costs of imported goods. Opponents, which range from retail to autos to shoemakers like Nike Inc., counter that a move in the dollar is more economic theory than a given. And this kind of levy would end up getting passed down to consumers in the form of higher prices.

“A lot of the retailers don’t want to bet on an economic theory that may or may not play out,” said Scot Ciccarelli, an analyst for RBC Capital Markets. “It would be a really big hit to some companies.”

While House Republicans unveiled the plan last summer, it was largely ignored because Democrat Hillary Clinton was favored to win the White House. But after Trump’s victory, the tax was suddenly on the table. Ciccarelli knew little about the idea when he was first asked about it shortly after the election. He then spent a week holed up in his office doing research.

“I was asking people, ‘Am I understanding this right?’ because it was a different concept,” Ciccarelli said. “You aren’t taxing a profit. You’re effectively taxing a sale amount on an import. Well, that’s a game-changer.”

Ciccarelli published his first report on the subject Dec. 6 with the title “Border-Adjusted Tax Changes Could Materially Impact Retail Earnings,” and it received a lot of attention. Soon clients were making investment decisions based on a chain’s potential exposure to it, he said.

The prospect has weighed on retail stocks. Since the Nov. 8 election, the Standard & Poor’s 500 Index has surged about 12 percent, tripling the advance of the SPDR S&P Retail ETF.

Even within the retail industry the impact could vary greatly, according to RBC. It would depend largely on how many imported goods a chain sells and its ability to push back on suppliers. There’s also a provision in Ryan’s plan to start taxing interest payments and offer a new deduction for capital expenditures. This could help retailers that are still opening a lot of stores.

RBC projected Ryan’s tax plan would boost the net income of CarMax Inc., the largest U.S. seller of used autos, by 59 percent. Home Depot Inc. and Lowe’s Cos. would experience modest increases because they import less than other chains and, given their market dominance, would have more power to push back on potential price increases from suppliers. Amazon could get a boost, too. The online giant sells a lot of imported goods, but it could use profits from its web-services unit to eat price increases and undercut competitors.

Meanwhile, net profit at Wal-Mart, Dick’s Sporting Goods Inc. and Costco Wholesale Corp. would drop by 45 percent or more. And Best Buy would see an estimated decline of 300 percent, potentially swinging it from a net profit of $1 billion to a loss of $2 billion, according to RBC.

“It’s a huge gamble, and it’s bad for American families,” Best Buy Chief Executive Officer Hubert Joly said on a call with reporters this week. “It would destroy jobs.”

And the concern isn’t dying down. At an event this week in Washington’s Watergate Hotel hosted by the American Apparel & Footwear Association, executives talked about the BAT’s potential impact and the difficulty they’ve had winning over members of Congress. Panelists later were peppered with nervous questions about the industry’s lobbying efforts and how companies could prepare if this becomes a reality.

“We’re not opposed to tax reform -- we’re opposed to being the scapegoat and having our rights traded away without a seat at the table,” said Rick Helfenbein, the trade group’s CEO. The industry has gone through the five steps of mourning and now “we reached the anger stage.”