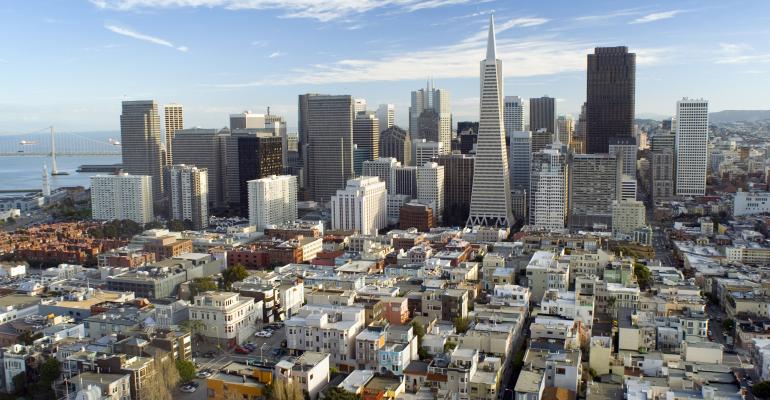 Marcus & Millichap’s annual National Retail Index is out and there has been some reshuffling among the 10 top-ranked markets. In 2015, San Francisco has been picked as the top-ranked city in the Index, switching places with New York, which jumped down to the number two spot, while Houston and Orange County, Calif. have jumped up three spots each, to number 6 and number 8 spots respectively. The Seattle-Tacoma market moved down four spots, to number 9.

Marcus & Millichap estimates that San Francisco will have the lowest retail vacancy in the country at 2.2 percent, as expanding tenants will encounter minimal new construction (a meagre 50,000 sq. ft. of new retail space will come on-line in the city this year). Rents are forecast to rise 8.5 percent, to $37.80 per sq. ft.

As a result, “Buyers equipped with cash will remain active this year, though a dearth of listings is dictating deal flow. Most owners are willing to ride the favorable market conditions for a bit longer.”

Houston’s retail market, meanwhile, will not be damaged by sliding oil prices, as Marcus & Millichap expects the city’s vacancy rate to decline by 20 basis points, this year, to 8.5 percent, and its asking rents to rise 3.9 percent, to $15.86 per sq. ft.

“Many investors will overlook the drag of low oil prices on Houston’s economy this year as development remains measured and still-favorable demographics support retail demand,” Marcus & Millichap researchers write. “The lag in construction has, however, hampered transaction velocity, particularly with regard to high-quality shopping centers.”

In Orange County, high household incomes and tourism are combining to create a buoyant retail marketplace. Vacancy is set to decrease 40 basis points this year, to 4.5 percent. Asking rents should grow by 5.1 percent, to $25.61 per sq. ft. Marcus & Millichap researchers note that investors in Orange County are now selling off multifamily properties and using the money to buy retail assets.

Leasing momentum in the Seattle-Tacoma market will be somewhat tampered down by 600,000 sq. ft. in new retail space coming on-line. Even so, the market should see a vacancy drop of 30 basis points, to 4.8 percent, in 2015, and a 1.5 percent uptick in asking rents, to $18.61 per sq. ft. As a result, the Seattle-Tacoma market would be a good place for value-add investments, as a strong economy and population growth should ensure decent returns and limited risk.

Marcus & Millichap’s National Retail Index, which includes 46 markets, is based on 12-month, forward-looking economic indicators and supply and demand variables.