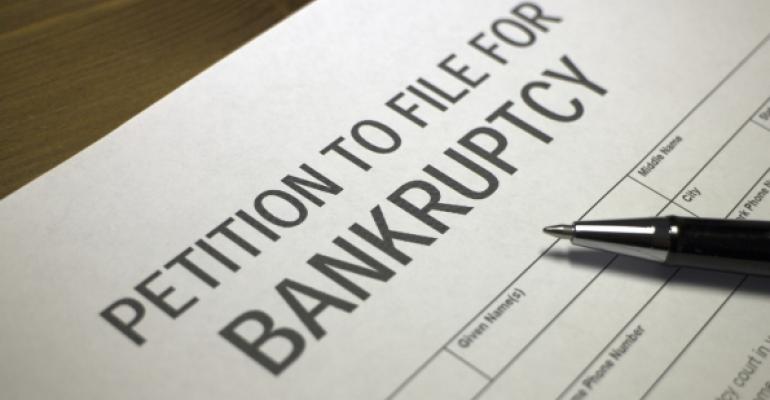 Many Sears store are too big to replace with only one tenant and may need to be subdivided, which can take years.

(Bloomberg)—As Sears Holdings Corp. goes through bankruptcy, retail landlords wondering how they could be impacted might want to look at a 2015 deal.

Mall owner Macerich Co. struck a agreement that year with the struggling department-store operator to redevelop a 300,000 square-foot store at Kings Plaza Shopping Center, a high-traffic mall in Brooklyn, New York. Three years and $100 million later, Macerich finished work on the space, which has been subdivided and leased to Burlington, J.C. Penney, Primark and Zara.

After Sears filed for Chapter 11 protection early Monday, Macerich’s lengthy -- and expensive -- process is worth keeping in mind. Other mall owners, who have been grappling with the retailer’s store closings and diminished ability to attract shoppers for years, must now contend with the possibility of a full liquidation, which would mean a glut of retail real estate in an already oversupplied market. For now, a majority of stores will continue to operate.

“Landlords may not have direct exposure to Sears, but we see this wave of supply potentially impacting market rents,” SunTrust Robinson Humphrey Inc. analyst Ki Bin Kim wrote in a note to clients. The bankruptcy could create more than 100 million square feet of space, he estimated.

At the end of 2017, about 80 percent of Sears-branded stores were in regional malls, according to an estimate from Wells Fargo & Co. analyst Jeffrey Donnelly. Some of these are performing better than others, and owners of higher-quality malls, for example, will probably see the bankruptcy as good news, since the space could potentially be redeployed to tenants who pay top rents and attract more foot traffic.

Sears anchor boxes pay around $5 per square foot in rent, while the average rent for top-quality malls is closer to $50 or $60 per square foot, said Bloomberg Intelligence analyst Lindsay Dutch. But timing is a key factor.

“You’re going to have to take the time to fill the box, which is going to take at least a year and a half, and you have to find the right tenant to go in there,” Dutch said. “It is an opportunity to raise rent. I think all of them closing at once is obviously going to be a lot harder to handle than a few here and there.”

Investors seem to be buying the rent argument, or at least, they saw a Sears bankruptcy coming and priced it into the valuations of real estate investment trusts that own malls. An index of mall owners outperformed a broader REIT index in the aftermath of reports last week that Sears was close to filing Chapter 11, according to a note last week from Green Street Advisors.

Even so, the bankruptcy and its impact on the market aren’t likely to pass quickly. Many Sears stores are too big to replace with a single tenant, and may need to be partitioned into smaller spaces. That work can take years, as Macerich’s Kings Plaza experience shows. Co-tenancy clauses can also enable other stores to bail from malls or win reduced rent if a key retailer leaves.

The bankruptcy process won’t make things easier. The debtor has the option of rejecting some store leases, putting the real estate back in the hands of its owners. But it can also decide to carry leases as assets, which can be sold for the benefit of creditors. Sears owns about 30 percent of its stores, including Kmarts, according to Bloomberg Intelligence. Those will have to be sold, too, before landlords can start the process of finding new tenants.

Toys “R” Us provides a fair proxy for understanding how long that might take, said Neill Kelly, an occupier restructuring expert at CBRE Group. The toy seller filed for Chapter 11 protection in September 2017, and announced plans to liquidate in March. More than six months later, the estate still has hundreds more stores to dispose off, Kelly said.

“Sears is a fairly complex corporate structure,” Kelly said. “The more complexity, the longer the process may take until you get to a point of conducting an auction.”

Retail owners dealing with newly vacant Sears stores will have to triage, meaning some spaces will sit open longer. Simon Property Group Inc. has Sears stores at 59 properties, while CBL & Associates Properties Inc. has them at 40, according to a note last week from Wells Fargo. Landlords have been planning for Sears closures, but that doesn’t eliminate the challenge of having to manage dozens of new vacancies at once.

Those delays will have a harsher impact on struggling malls, which may already be battling vacancies, and where the loss of an anchor tenant could trigger contractual clauses that let smaller retailers cancel leases. There were 866 Sears and Kmart stores as of Aug. 4 and the retailer expected to close 149 of them in the second half, according to a Sept. 13 filing. In Monday’s filing, Sears said it plans to shut 142 unprofitable stores near the end of the year, on top of 46 already set for closure by November.

“Second-tier shopping centers are doing very poorly, and this could just hasten their demise in a lot of the places,” said William Walzer, who focuses on real estate transactions as a partner at law firm Davidoff Hutcher & Citron LLP. “You can imagine that a big store that’s vacant for a long time in the middle of a commercial area is going to have a negative impact.”