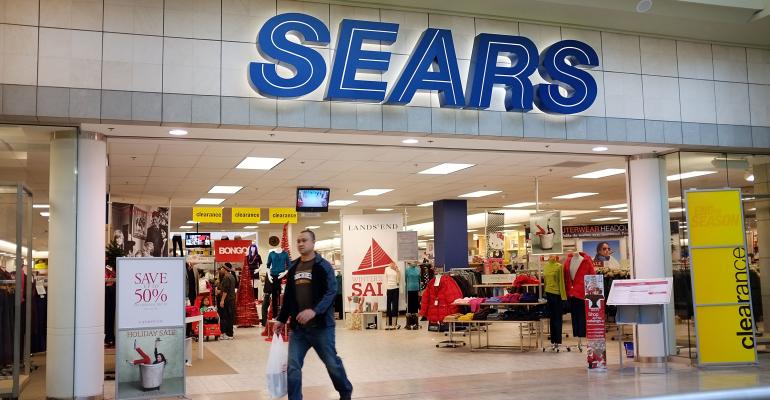 Sears Canada to Liquidate With the Loss of 12,000 Jobs

The company said it didn’t receive a viable bid to keep the stores operating as a going concern.

(Bloomberg)—Sears Canada Inc. plans to liquidate its remaining stores with the loss of about 12,000 jobs, unable to fend off the march to online shopping after operating in malls and towns across the country for 65 years.

The Toronto-based chain will seek court approval for the filing on Friday and begin liquidation sales at its remaining 150 stores on Oct. 19 at the earliest, according to a statement Tuesday. The move follows a last-minute  attempt by executive chairman Brandon Stranzl, backed by Blackstone Group LP, to put together an offer to save the retailer.

But the company said it didn’t receive a viable bid to keep the stores operating as a going concern. Sears Canada filed for creditor protection in June with liabilities of C$1.1 billion ($880 million) and had been gradually closing its 225 stores.

The retailer is the latest victim of department-store decline that’s swept North America as shoppers gravitate online. While the retailer has dabbled in pop-up stores and e-commerce, its distribution centers aren’t as automated as Amazon.com Inc. or even Canadian peer Hudson’s Bay Co., which last year opened its own robotic facility to accelerate online orders.

“When you have the likes of Amazon that is investing in research and development continuously, it’s just too much for them to react quickly enough,” Jean Rickli, a senior adviser at retail consultants J.C. Williams Group, said by phone from Toronto. “It follows the trend of what we noticed in the U.S., with department stores and their decline.”

About only 15 percent to 20 percent of Canadians are Amazon Prime members, compared with about 50 percent of Americans, giving the U.S. company lots of room to grow north of the border, Rickli said.

Sears Canada has struggled to provide a consistent, appealing brand to its customers across all of its channels, including its website, social media and physical stores, he said. The company has reported nine years of sales declines and years of losses, according to data compiled by Bloomberg.

Sears Canada’s liquidation is a blow for billionaire Eddie Lampert, its biggest shareholder, who partially spun off the company from  Sears Holdings Corp. in 2012. The windup raises questions about whether Sears Holdings may also falter. Sears, once the world’s largest retail chain, has racked up more than $10 billion in losses over the past six years. Lampert, a hedge fund manager and also Sears Holdings’ chief executive officer, has been willing to use his own money to keep the business afloat and recently gave the company a $100 million loan.

"Ostensibly, Eddie could have cut a check to make it through it, but clearly the evaluation he made was that there wasn’t enough there,”  Noel Hebert, a Bloomberg Intelligence analyst said. “He sees value left in the U.S. operations but didn’t see a ton of worth left in the enterprise to write a $200 million check to keep it rolling.”

Target Corp., which filed for creditor protection in Canada and then withdrew from the country in 2015, has left a hole in many of the country’s malls, which made it tougher for Sears Canada to find buyers for its real estate and leases.

Sears Canada must also address its monthly pension obligations to its 18,000 retirees and beneficiaries. A motion was filed in August for a windup of the plan, which would require the company to pay the full C$266.8 million deficit, according to the filing. That motion has been postponed until at least Nov. 30.