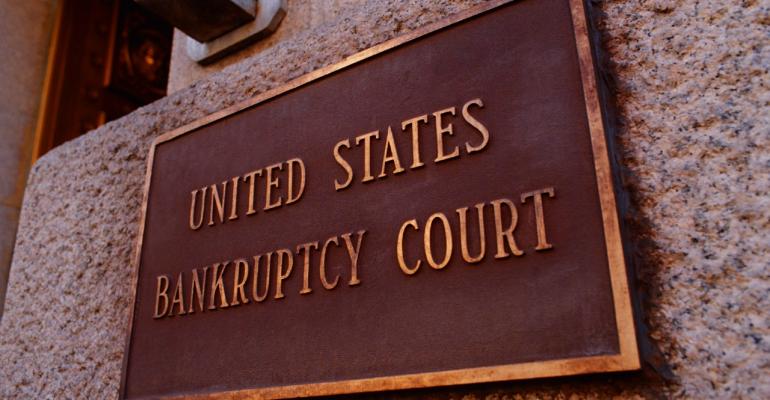 Sears Files for Bankruptcy That’s Been Years in the Making; Lampert Steps Down as CEO

Declining sales and a mountain of debt finally catch up with Sears Holdings Corp.

CEO Eddie Lampert has also stepped down from his post.

Sears filed for chapter 11 bankruptcy protection Monday in the U.S. Bankruptcy Court of the Southern District of New York.

“The company expects to move through the restructuring process as expeditiously as possible and is committed to pursuing a plan of reorganization in the very near term as it continues negotiations with major stakeholders started prior to today's announcement,” the department-store owner said in a statement announcing the filing.

The 126-year-old retailer has been struggling with declining profitability and mounting debt for years in an age when Amazon has forced retailers to quickly adapt to competition from e-commerce players and when consumers increasingly value unique experiences when shopping. The company may have also suffered from lack of substantial investment in its underlying retail operations after Lampert’s ESL Investments Inc. bought it in the early 2000s.

As of the beginning of August, the company had 866 Kmart and Sears stores in the United States.

Lampert, whose hedge fund ESL Investments Inc. is Sears’ biggest shareholder, has been working for years to keep Sears afloat. Though he is no longer CEO, he remains chairman of Sears’ board, according to the company’s statement. The board created an office of the CEO to manage day-to-day operations. It’s made of: Robert Riecker, CFO; Leena Munjal, chief digital officer, customer experience and integrated retail; and Gregory Ladley, president of apparel and footwear.

Hundreds of stores have already been shuttered, Sears’ real estate has been sold and the chain’s other assets—like its Craftsman tools line—have been sold. Lampert has even loaned Sears his own money.

“Over the last several years, we have worked hard to transform our business and unlock the value of our assets,” Lampert said in a statement. “While we have made progress, the plan has yet to deliver the results we have desired, and addressing the company's immediate liquidity needs has impacted our efforts to become a profitable and more competitive retailer.”

Lampert added that the filing should allow the company to strengthen its balance sheet, so it can continue to right-size its operating model and return to profitability.

Sears’ board has created a restructuring committee to oversee the restructuring process, appointed Mohsin Meghji, managing partner of M-III Partners, as chief restructuring officer, and added William Transier, CEO of Transier Advisors LLC, as a new independent director on the board, according to the company’s statement.

With the filing, the company said it intends to keep paying employee wages and benefits, honor member programs and pay vendors and suppliers.

Meanwhile, Seritage Growth Properties, a REIT Sears Holdings spun-off several years ago to extract value out of its real estate assets, released a statement outlining its exposure to Sears leases and liquidity position, including $580 million cash on hand and a $2.0 billion loan facility.

Sears, an anchor tenant in many big malls across the country, had grown over the decades from its start as a mail-order watch company to selling everything from auto parts to appliances to clothing.