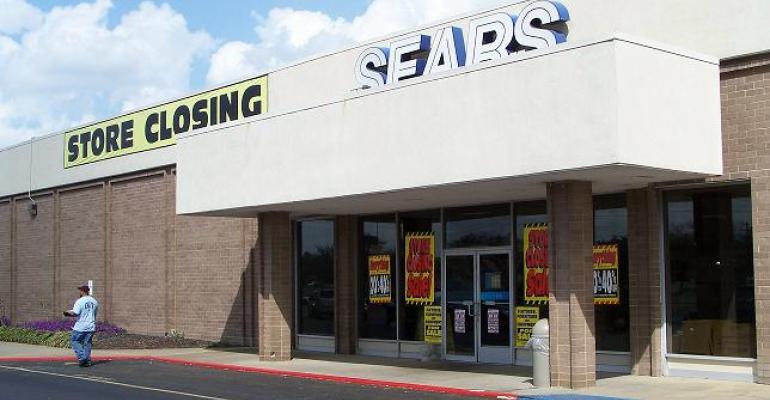 Sears Will Still Need to Close Hundreds of Stores, REIT Notwithstanding, Analysts Say

Sears Holdings’ plan to spin off a REIT containing 254 of its properties may have gotten a lot of attention, but the question is whether the attention signaled approval.

The Wall Street Journal noted that the move, along with its 12-store joint venture with regional mall REIT General Growth Properties, will certainly give Sears some extra cash—the transactions are forecast to raise $2.665 billion. But, added author Justin Lahart, “If its goal is to survive as a retailer, Sears will need to get better at selling the stuff on its shelves, rather than just its remaining assets.”

Forbes offered a similar outlook. Putting Sears properties into a REIT would allow the company to benefit from its real assets (provided investors won’t be put off by a REIT limited to only two retail tenants both of which have been taking for a decade), but it sure looks more like a life-support measure than a cure.

“It will be interesting to see for how long the new REIT serves leases only to Sears or Kmart. Some analysts say Sears stores are a liabilities in mall properties, though the underlying real estate is valuable,” writes Forbes’ Erin Carlyle.

In fact, analysts from J.P. Morgan, who have done an analysis of the transaction, note that “Ultimately, the liquidity provided by the REIT capital raise cannot address the underlying poor performance of its retail business, and our credit analysts believe that Sears will need to close hundreds of additional stores.”

The analysts, including Edward J. Reardon, Meghan C. Kelleher and Chong C. Sin, expect that even after spinning off a REIT Sears will need to close hundreds of stores and that only a few hundred of its current locations will ultimately prove profitable in the long term. And while landlords at class-A malls where Sears is a tenant should have no trouble finding alternative tenants to take its space, landlords at class-B centers may be faced with quite a challenge.