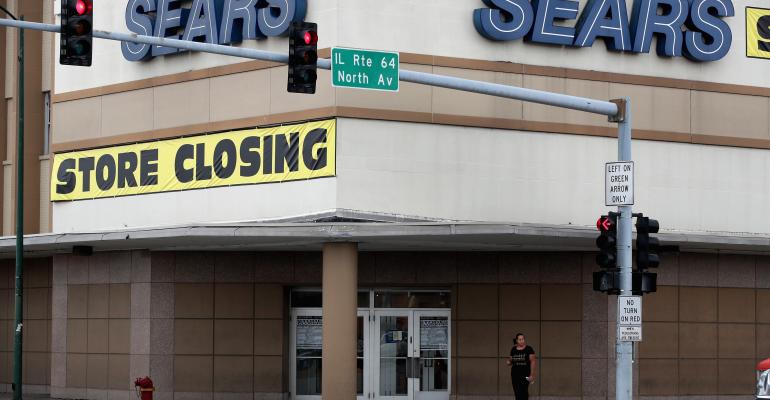 Sears could use its net operating losses to offset $5 billion of future taxable income.

(Bloomberg)—The losses that drove Sears Holdings Corp. into bankruptcy could end up being a valuable multi-billion dollar asset because of tax breaks -- especially for its most notable creditor and Chairman, Eddie Lampert.

As of the retailer’s bankruptcy on Oct. 15, Sears estimated it had net operating losses it could use to offset $5 billion of future taxable income, and separate tax credits of around $900 million. These are the most valuable assets Sears has, and under U.S. tax law, they could disappear in bankruptcy if another company or investor takes the company over.

The assets are so prized, that Sears has said they will help its efforts to reorganize. A new, restructured Sears is more attractive with them, and could even use them to buy up another company. But while its survival is up in the air, the tax assets also means Lampert has more of an incentive to keep Sears alive than other creditors. If he doesn’t step in with financing, keeping the tax asset alive, it’s not clear whether other investors will.

“He’s in an enviable position," said Robert Willens, a New-York based tax consultant. Willens said he sees an advantage for Lampert in the bankruptcy. Essentially, if Sears reorganizes and some of its debt converts to stock in a new company, Lampert could take more than half of the new stock without losing the tax assets, whereas other creditors can not.

In fact, says Roy Haya, head derivatives trader for Twenty-First Securities, a firm that specializes in structuring tax-efficient hedging transactions, it appears Lampert is now in a situation in which he can’t lose control of the company because of the assets, which only he appears able to take advantage of. "By buying up almost half the stock while lending the company more money, he effectively created a situation such that no one could force a change in ownership, even in Chapter 11," Haya said.

ESL declined to comment. Sears didn’t return calls for comment, but its bankruptcy lawyers said in court filings that the assets could help its "efforts towards a successful reorganization."

The fate of Sears has yet to be decided, with the company trying to reorganize but admitting it could be forced to liquidate. In its bankruptcy filing, it listed assets of $6.94 billion -- not that much more than the tax losses. A big factor in whether the company survives will be whether Lampert extends a $300 million loan and offers to buy up a group of around 400 stores.

When a company has accumulated net operating losses, it can use them to offset future taxable income, which in turn cuts into its tax bills. The rule is meant to give struggling companies more breathing room. That means big benefits on the balance sheet. For example, Sears saved $1.7 billion in deferred taxes in 2017, according to its most recent quarterly filing.

Sears has already used net operating losses, also known as NOLs, to offset a taxable gain of about $2.2 billion when it sold more than 200 Sears and Kmart stores to real estate company Seritage Growth Properties in 2015, according to company filing. "They’ve been using NOLs to avoid paying taxes on the capital gains they’ve been realizing by selling off pieces of the company," said Willens.

Lampert’s potential purchase offer for Sears stores would be a "stalking horse bid," which would be tested at an auction for higher offers, according to court papers.

While a sale in bankruptcy would often mean a change in control, meaning that such tax benefits are lost, Lampert’s stock and debt stakes would help him avoid that. Lampert and his hedge fund ESL Investments Inc., together own about 49 percent of Sears shares, and are among Sears’s biggest creditors, having extended it $2.66 billion in debt through various loans.

Creditors who have held debt for 18 months before the filing and whose debt rose in the ordinary course of Sears’s business are "qualified creditors" who can thus avoid losing the tax assets even if there’s a shift in control towards them. ESL has “consistently has provided financing," when Sears was short on cash, according to the company’s bankruptcy filing.

Other creditors might not, so they wouldn’t have the benefit of the tax advantages should they consider making an offer for the company.

Avoiding liquidation is also crucial to keeping the tax assets. If Sears unwinds in bankruptcy, the net operating losses could disappear, Haya said.

Should that happen, Sears would have to turn a profit to use them. One option would be using them to acquire other companies, said Willens.

“Ironically, or perversely, Sears might become an acquirer of profitable companies, wielding its net operating losses as a weapon that allows it to pay more for those companies than other buyers because of the promise of avoiding taxes on the profits that they bring to the table.”