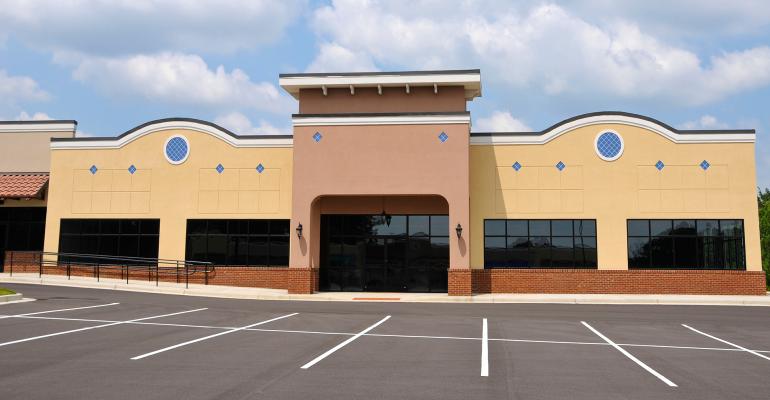 In Spite of Waves of Store Closures, Retail Vacancy Hasn’t Spiked in the First Quarter

For neighborhood and community shopping centers, the vacancy rate averaged 10.0 percent, the same as the quarter before.

Retail vacancy levels stayed relatively flat for the first quarter of the year, according to preliminary data from real estate research firm Reis. Industry experts say that despite accounts of retail bankruptcies and store closures, the sector is poised to stay the course.

For neighborhood and community shopping centers, the vacancy rate averaged 10.0 percent, the same as the quarter before. Meanwhile, the vacancy rate for regional malls rose 10 basis points from the fourth quarter to 8.4 percent.

This rate has remained relatively unchanged for several quarters, signaling that 2018 is not likely to see a major disruption to retail occupancies, says Barbara Byrne Denham, a senior economist at Reis. Denham points out the particularly rough start the retail sector saw in 2017. “It can’t get that much worse,” she says.

Denham notes she has been starting to see the demolition of shopping centers for other development, which is slightly boosting occupancy statistics. But more importantly, other large users—particularly fitness centers—have stepped up to absorb some of the excess retail space, she says. “That’s why things aren’t suffering too greatly, but we do see some pretty dark clouds on the horizon for the third and fourth quarter of this year,” Denham adds.

Asking and effecting rates for neighborhood and community shopping centers increased, but barely, by just 0.4 percent from the fourth to the first quarter, Reis data shows. Net absorption remained positive as well, but also represented the lowest quarterly total in more than five years. For malls, rents rose by 0.5 percent. “It’s kind of like two steps forward, three steps back,” Denham says.

There are other red flags in the market. In a recent report, Moody’s Investors Services found that there were nine retail corporate defaults in the first quarter, marking a record high. Among the defaulters was Sears Holdings Corp.

Still, some in the industry say retail, as a whole, is far from dead.

The U.S. Census Bureau reports that retail sales for February rose 4.0 percent year-over-year. For the period of December to February, sales were up 4.3 percent from the same period the year before. E-commerce sales increased at a greater clip, jumping 16.9 percent in the fourth quarter year-over-year.

Some retailers failed to innovate in an industry that demands staying ahead of the curve to meet consumers’ changing needs. “In any industry, you’re going to have companies that grow well and others that don’t,” says Lee Holman, lead retail analyst at Franklin, Tenn.-based IHL Group, a retail and hospitality consultancy firm.

John Mercer, a senior analyst at Coresight Research, a retail think tank, says he expects slightly fewer store closures in 2018 than last year, which “seemed to be an exceptional year,” he says. There was an accelerated move to online, which hit brick-and-mortar apparel retailers, a segment that ended up seeing numerous bankruptcy filings. Many retailers also grappled with heavy debt loads last year. “We may see a slight fallback after that spike.”

Many major shopping center owners are now proactively repurposing their spaces and shifting their tenant base to rely less on apparel chains, Mercer says.

According to a 2018 report from IHL Group, which looked at a broader array of retailers that included drug stores, restaurants and furniture stores, there were more store openings than closings. IHL found that retailers opened 14,248 stores in 2018 and closed 10,168.

The National Retail Federation (NRF), and industry trade group, projects 3.8 to 4.4 percent growth for retail sales this year. Strong consumer confidence, low unemployment and a well-performing stock market contribute to this forecasted growth, says Mark Mathews, vice president of research at the NRF. “You can’t be struggling when you’re growing faster than the economy at large,” he notes.