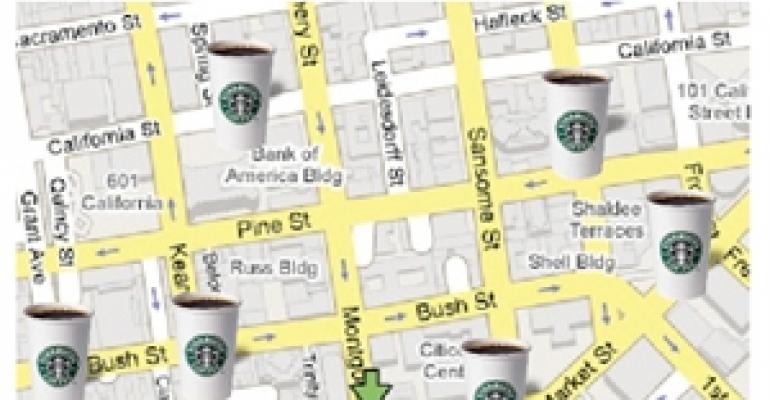 It’s certainly a bold move. Just four years after over-expansion forced Starbucks to shutter hundreds of locations, the coffee chain is stepping up new store openings in the U.S. more aggressively than anyone expected. During an investor conference held on Dec. 5, Starbucks executives announced the company plans to open at least 1,500 new units stateside over the next five years.

Yet while retail real estate consultants wonder whether this is ultimately the right move, they concede that Starbucks can make the expansion work—if it’s handled better than its previous growth push.

The reason the seemingly ubiquitous chain feels the need to grow likely has to do with maintaining market share—downscale rival McDonald’s has been investing a lot of time and money into promoting its coffee line, according to Jeff Green, president of Jeff Green Partners, a Phoenix-based retail real estate consulting firm. The good news for Starbucks is that it continues to experience strong sales in spite of McDonald’s’ lower price point, notes Howard Davidowitz, chairman of Davidowitz & Associates Inc., a New York City-based retail consulting and investment banking firm. Increasing its food offerings and investing in better customer service has served the chain well, he says.

Now Starbucks will have to both continue on its improvement and innovation path and ensure that it’s not opening locations haphazardly, across the street from each other, the way it happened in the early and mid 2000s.

“When they collapsed before, it wasn’t just [because of the] bad economy,” Davidowitz says. “There were a lot of strategic real estate mistakes.”

“I think [the new expansion plan] is a little aggressive, but what gives me confidence in that goal is the unit economic numbers we’ve seen in the past two years, which have been some of the strongest in the history of the chain,” he says. “The way they characterized their last expansion phase was ‘undisciplined’ and now they are really prioritizing the customer experience. I do think there is substantial opportunity, especially in an environment where we have excess real estate capacity.”

Finding the right formula to take advantage of that opportunity will be no easy feat, however. While Starbucks was all but made for urban markets in Davidowitz’ view, Jeff Green points out that the chain has long ago saturated most of the major urban and suburban areas in the United States. What’s more, Starbucks risks losing its brand appeal if it can be found anywhere and everywhere, according to Doug Stephens, president of Retail Prophet, a consulting firm.

“As it is now, I think Starbucks is really walking a fine line between healthy growth and losing their brand magic,” he says. “The thinner they spread the brand the more ‘average’ and ‘ordinary’ they become.”

The fact that a substantial portion of the chain’s new stores will come as a result of licensed partnerships with retailers like Safeway and Target shows solid strategic thinking, in RJ Hottovy’s view. He notes that the store-within-a-store model allows Starbucks to encourage consumers to buy not only its ready-made coffee and snacks, but also its branded consumer products from its partners’ shelves. Hottovy anticipates that approximately two thirds of the new stores will come from licensed partnerships.

When it comes to stand-alone locations, Green notes that there are still some areas where Starbucks can grow without cannibalizing its own sales, including locations on national highways connecting major cities and in smaller towns where the chain hasn’t yet occupied every corner.

“Certainly there are a handful [of stores] in each major market they can still do, but I don’t see that as a major growth push,” he says. “They need to make sure that they definitely do a better job of assessing cannibalization than they did when they were opening stores several years ago.”