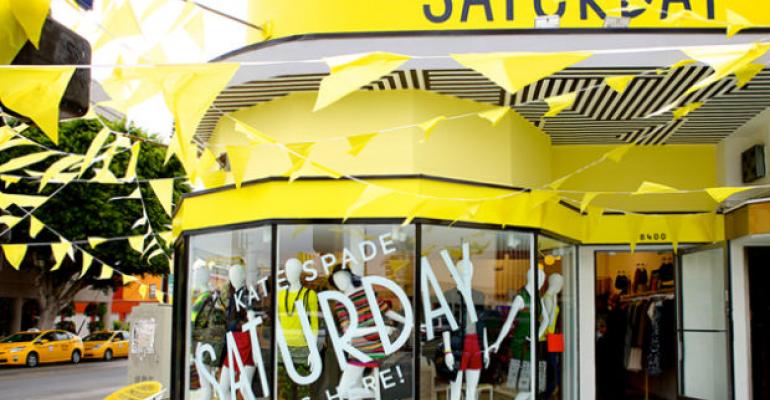 On Feb. 4, women’s clothing retailer Cache filed for Chapter 11. Through the bankruptcy, the chain plans to renegotiate leases and close a portion of its 218 stores. Cache’s announcement is the latest in a lengthy list of store closings announcements so far this year. Just a few days ago, Jones New York announced it plans to shutter 127 outlet stores and discontinue wholesale operations. And Kate Spade told the Wall Street Journal it would close its Saturday brand and Jack Spade stores, 28 in total.

“This is usually the busiest time of year for store closings announcements,” notes Mark Dufton, CEO of DJM Real Estate, a Gordon Brothers Group Co. “The retailers that did not live up to expectations during the holidays go into restructuring mode.”

Last year, retailers and restaurateurs announced that approximately 5,500 establishments would be closed, more than double the closings in 2013, according to ICSC. However, it’s worth pointing out that 2013 had a record-low number of announced closings. The 2014 tally more nearly approximates 5,572 store closings planned for in 2010.

As an industry expert, Dufton expected several store closings announcements in early 2015. But he admits that there have been more than he anticipated, particularly in the apparel business. “There seems to be an announcement almost every day, and I think we’re going to see even more,” he says.

Wet Seal’s announcement has been the largest announcement so far this year. The teen apparel brand is closing more than 330 stores and laying off roughly 3,700 people.

Dufton attributes the volume of store closings in the apparel sector to two factors: fast fashion and limited discretionary income. “Fast fashion retailers including Uniqlo, Forever 21 and H&M continue to expand, and that has taken a tremendous bite out of the apparel industry,” he explains. “And while there are signs of life in the economy, most Americans still don’t have a lot of discretionary income to spend on clothing.”

Unfortunately, Dufton doesn’t see a light at the end of the tunnel for apparel retailers. “I don’t think we’re ever going to get back to the ways things were,” he says. “The landscape has fundamentally changed for retail, and we’re not going to need as many bricks-and-mortar stores.”

The majority of retailers announcing store closings are mall-based tenants, and experts agree that could pose a challenge for mall owners. “Occupancy has been very strong in quality malls, and I think that will continue,” Dufton says. “When it comes to backfilling space, there are more options than you would think. But they’re not great options.”

For example, there are a lot of second-tier retailers that want to get into a class-A mall. Likewise, many regional and local players are eager to take space in a quality property.

“Even if owners can backfill the space with a tenant they want, there’s going to be some kind of impact from these closings,” Dufton says. “There’s a cost related to the downtown and re-tenanting. And they might not be able to get the same rental rates.”

The situation is more problematic for mall owners with class-B and -C properties, Dufton says. “They’re going to have to do what they can to keep a tenant in place because there aren’t a lot of retailers waiting to take that space,” he notes. “More often than not, those owners will backfill the space with a lesser tenant—a local tenant without the credit quality—or a non-retail use. And that’s when the downward spiral begins.”