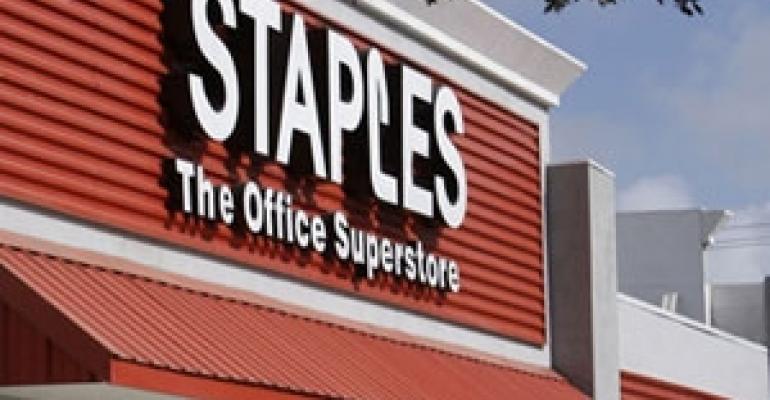 Now that Darwinian theory has played out in the book, electronics and home goods retail sectors, the office supplies chains may be next. Staples’ recent announcement that it plans to close up to 290 of its North American stores has been the most visible sign of things to come. But in private conversations many people in the retail real estate industry have begun questioning the futures of Office Depot and OfficeMax.

Unlike in other big-box sectors, competition is only one of the challenges threatening office supplies sellers, notes Doug Stephens, president of Retail Prophet, a consulting firm. A bigger problem might be the fact that today’s consumers need less paper and paper-related products in general, due to the emergence of new technologies. That means that even if office supplies retailers try to adapt to a new marketplace with smaller stores and an omnichannel sales approach, they will still experience falling demand for their merchandise.

“They have this issue of category obsolescence,” Stephens says. “We are not going to need 40 percent of the stuff that gets sold at [those stores]. We probably have too many players in that market and I think it will come down to at least one of those competitors leaving the market or consolidating.”

Private equity firms have already been making phone calls to discuss a potential merger/acquisition in the office supplies space, notes Ivan L. Friedman, president and CEO of RCS Real Estate Advisors, a New York City-based retail real estate consulting firm. But given that in today’s world consumers can easily buy office supplies online, “Three [chains] can’t survive is the bottom line,” he says. “At least one of them has to disappear.”

The current market leader in the space and the chain least likely to go under happens to be Staples, according to Liang Feng, an analyst who covers the sector for Chicago-based research firm Morningstar. Staples has the greatest number of stores of the three major players; its stores tend to be in better locations; it boasts much higher profit margins; and it also runs a very successful online business, Feng notes. In fact, Staples operates the second largest global e-commerce site, after Amazon.com.

Staples has also unveiled an aggressive program to adapt its operations to the new retail environment, including reducing retail square footage; linking online, mobile and bricks-and-mortar sales channels and putting to work a multi-year cost-cutting plan.

But while pressure from both online and bricks-and-mortar competitors, including Costco and Wal-Mart, can result in Staples closing more of its stores, it’s largely expected to stay around. At the end of fiscal 2011, Staples operated 1,583 stores in the United States.

“We think that Staples will be around, not sure how much profitability it will be generating,” says Feng.

Office Depot reported that in the second quarter same-store sales in its North American division fell 4 percent, after a 6 percent decline in the first quarter of 2012. Total sales fell 8 percent, to approximately $994 million.

At OfficeMax, same-store sales for the second quarter fell 1.8 percent.

Office Depot has experimented with smaller stores in recent years. At the end of 2011, the chain operated eight locations in the 5,000-sq.-ft. format, as opposed to its regular store size of more than 20,000 sq. ft. Downsizing stores is an expensive proposition, however, according to Friedman. He estimates that doing so can cost the retailer hundreds of thousands of dollars per store.

Office Depot reported that more than 60 percent of its leases will roll over in the next five years, making downsizing easier. Ultimately, however, the smaller stores will have to deliver much higher productivity per sq. ft. than their predecessor big boxes for the strategy to be successful long-term, according to Laura Kennedy, senior analyst with Kantar Retail, a Columbus, Ohio-based retail consulting firm.

Office Depot reported that more than 60 percent of its leases will roll over in the next five years, making downsizing easier. Ultimately, however, the smaller stores will have to deliver much higher productivity per sq. ft. than their predecessor big boxes for the strategy to be successful long-term, according to Laura Kennedy, senior analyst with Kantar Retail, a Columbus, Ohio-based retail consulting firm.