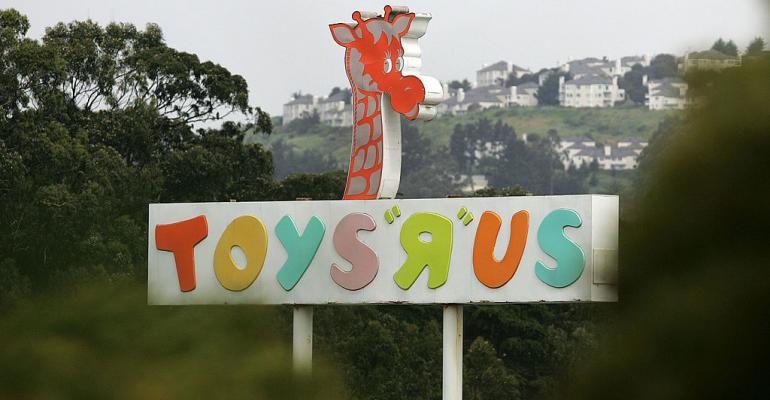 Toys 'R' Us May Get an IPO if It's Good This Christmas: Gadfly

(Bloomberg Gadfly)—It is setting up to be a very merry Christmas for Toys "R" Us.

Two quarters of strong sales will likely be followed by the brightest holiday season in years for the struggling toy retailer, which has spent more than a decade under private equity ownership.

During that time it has mostly been cutting costs, closing stores—including its Manhattan flagship—and selling off assets such as the iconic FAO Schwarz store it bought in 2009. But these efforts didn't pay off, as the company churned through three chief executives, took a failed stab at going public, and struggled to invest in its business while carrying a hefty, $5.2 billion debt load.

How Long Private Equity Has Owned Toys 'R' Us

Instead of just cutting costs, the company is starting to put money back into operations, with an eye toward growing sales and traffic. For the first time in years, Toys "R" Us is building inventory.

It's bolstering its e-commerce operations, where sales increased 15 percent in the second quarter from the year before thanks to an improved website, decreased shipping times, and a lowered shipping purchase minimum. It's investing in new partnerships, such as a tie-up with Mattel's American Girl dolls. CEO David Brandon, who took over 15 months ago and helped orchestrate a similar turnaround at Domino's Pizza, recently told Bloomberg News the chain was ready to open new stores (albeit smaller ones).

Creditors are cheering the changes. Prices of the retailer's various tranches of debt have rebounded in recent months. The company got some breathing room by convincing 2017 and 2018 bondholders to swap their debt for new borrowings maturing in 2021, though at a costly rate of 12 percent.

There are still plenty of obvious challenges. Amazon and other online toy sellers keep grabbing market share. Ditto for big-box stores such as Walmart and Target. And Toys "R" Us is fighting an all-encompassing retail malaise.

But if Toys "R" Us can succeed in the holiday season  -- when the company generates 40 percent of its annual revenue and all its operating income -- then it may lay the groundwork for a second run at an IPO.

The Wayne, New Jersey, company got as far as selecting banks and filing paperwork for an IPO in 2010. That would have let its owners exit after roughly five years -- they've now held it for more than 11 years, roughly double the typical ownership period for private equity. In such instances, investors (such a pension and sovereign wealth funds) tend to grant the firms leeway, in hopes they can nurse the troubled company back to health and increase the chance of wringing out gains.

With a roster of companies led by Snapchat said to be preparing to tap public markets in early 2017, the IPO market shows signs of thawing. If Toys "R" Us has an earnings-boosting holiday season, then its private equity backers might just strike while the iron's hot.